The idea that whisk(e)y auctions can help charities raise needed funds to support their operations is something we’ve already seen at work in the United States via the Kentucky bourbon industry’s support of a Kentucky art museum. The Scotch whisky industry is also getting in on the charity auction action, offering up some incredibly staggering bottlings in an effort to help out a regional cancer charity.

The Scotch Whisky Industry Charity Auction for Beatson Cancer Charity, according to those behind it, is featuring over 100 rare and prestigious whiskies from Scotland’s finest distilleries with an estimated auction hammer price value of over £110,000 (around $138,000 USD). Inspiration for the auction came from former Edrington chief executive Ian Curle, who got support and treatment from clinicians at The Beatson West of Scotland Cancer Centre.

“This is a fantastic opportunity for the Scotch Whisky Industry to come together and raise a lot of money for a world-leading cancer centre,” said West in a prepared statement. “The whiskies donated demonstrate the true spirit of one of Scotland’s best-known industries.” 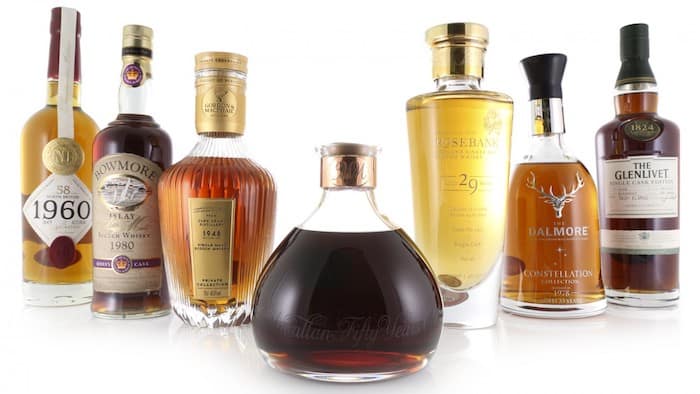 The auction, which is going on online now through September 23, is being put on by Whisky Auctioneer, which is waiving its seller fee and donating its buyer commission to the charity. Major bottle highlights include the following:

Included as well for those who win select bottles are unique experiences offered up by the distilleries and independent Scotch whisky bottlers behind those lots:

With each of the above charity lots donated, Bruichladdich Distillery have included an offer for two people to undertake their “Old School Academy Experience”. This includes a full day working at Bruichladdich, rolling casks and cutting new-make. The experience includes an overnight stay for two in Bruichladdich’s on-site accommodation.

With each of the above charity lots donated, Gordon and MacPhail have included an offer of an exclusive tasting of unique and rare single malt whiskies for four people, conducted by Stephen Rankin, Gordon & MacPhail’s Director of Prestige.

In addition to the donation of the above charity lot, Inverhouse Distillers have included an offer of a visit to The Pulteney Distillery in Wick, including a private tour and tutored tasting with the Distillery Manager.

12
Shares
372
Views
Share on FacebookShare on TwitterGet Our Newsletter
Get Jefferson's Ocean at ReserveBar. Shop now!