You might not expect to see a pagoda rising out of the misty fogs of the Scottish Highlands, but if you’ve ever visited Scotland, you’ve probably seen it: the tall, pointed, gracefully curving structure that sits atop the malthouse, making it easy to spot a distillery a mile away (well, if it’s foggy, a lot less than a mile).

Why do so many Scottish distilleries have pagodas on top? It’s all because of an architect and industrial designer named Charles Doig. Charles designed dozens of distilleries during his career, including the structures housing the distillery as well as the equipment and stills inside. All told, he had a hand in designing 56 different Scottish distilleries, including some favorites like Highland Park, Laphroaig, and Aberlour. 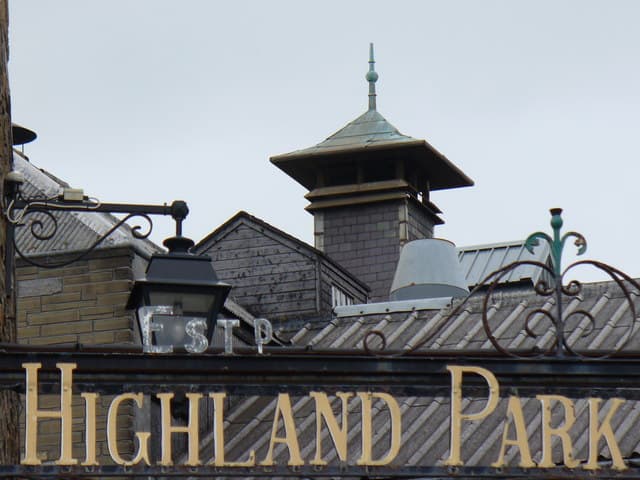 During the time Charles was designing distilleries (the late 19th and early 20th centuries), most distilleries still malted their own barley, including kilning it with peat or other kinds of fuel. Fire was a danger, and a well-ventilated malthouse was essential.

Charles saw an opportunity to improve on the existing standard for ventilation, so he designed a new structure he called a “Doig Ventilator” that allowed air to exit the malthouse roof in all directions. Seizing an opportunity to introduce a little Victorian exoticism into his work, he gave it an eye-catching shape inspired by the architecture of Asia, and the distillery pagoda was born. (And in fact, Scotch Whisky magazine informs us that the structure is not a pagoda at all, but rather a cupola.)