Are We Really Running Out of Scotch Whisky?

“The World is Running Low on Single Malt Scotch” exclaims CNN Money. Another hand-wringing lede warns “A Scotch Shortage is Coming – And It Could Last For a Decade.”  Men’s Journal and Wall Street Journal even reported what to do prepare and survive the impending drought. These publications will have us believe the end is nigh, that we are really running out of Scotch. Soon there will be no more single malt Scotch to be had! We’ll die of first world thirst! Cats and dogs living together, drinking vodka. It’ll be anarchy!!

First, to explain the perceived problem: Many of the 10- to 15-year-old age statement single malt expressions we’ve become accustomed to seeing have been replaced with non-age stated (NAS) releases. And, fewer of the more mature age statement bottlings, 20 years and over, are being released than in previous years. 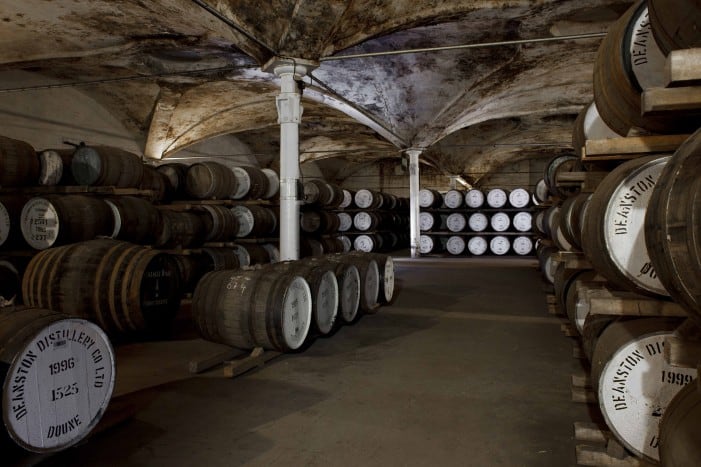 The running out of Scotch truth

Some consumers are confusing this development with something akin to a famine. But fortunately, this does not in any way mean there isn’t going to be anymore single malt to be had! A single malt is still a single malt whether or not the bottle carries an age statement. However, age was a marketing tool the public got used to when single malt whisky rose in popularity, and now that the market is correcting itself to some degree, people are losing their grist over what they don’t understand.

“I think we first have an issue of false equivalency here, as I believe the age statement conundrum is at the bottom of the shortage alarm. There is an ‘out of industry’ (collectors) bemoaning of whiskey shortage at the same time as an in-house (meaning whisky writers, aficionados and passionate consumers) controversy over no age statements (NAS). The false equivalency is based on the belief ‘age’ equals better product and that hasn’t really been the case for over 25 years… Fifteen years ago, this wasn’t even a topic of conversation, relevance, or concern.

The problem happens when you state an age on the label where the youngest whiskey is the age stated, and then you’ve sold through your current stock of your stated youngest. You’ve painted yourself into a marketing corner, not a supply corner. No matter how sophisticated we think we are, I almost defy 97 out of 100 testers to discern the difference between a 12 yr and a 11yr, with all other things being equal from a distillery known for quality. And good blenders are good blenders for a reason: they know how to make an adjustment to the resultant product to maintain a quality standard. But if marketing has tied their hands with an age statement, they’ve got nowhere to go from a product perspective. And the resultant label change puts consumers on the defensive, conjuring up conspiracy paranoia.”

In other words, hypothetically, rather than Macallan releasing an 11 year old Scotch in place of a 12 year old, they might release a bottling with no age statement that combines casks of multiple ages. A brand will go this route because they fear a consumer backlash for releasing a transparently younger whisky. Unfortunately, what they didn’t bank on was that there would be one either way. So it’s true the market has changed and the value of whisky has gone up. Expressions that used to be under $100 now command upwards of $150, but they still exist. They haven’t dried up.

Has anyone noticed that most of the publications or sections of publications reporting the so-called shortage are those specializing in investment, and very little of the beverage media is standing behind this claim? As reported in an earlier article about investing in whisky, people shell out for bottles that are rare and scarce that they think may appreciate in value over time. Those investors want as many people as possible to believe in that scarcity to protect those investments and raise their value. It’s worked. The whisky market has become like the diamond trade in some respects. Unsuspecting whisky shoppers will assume higher prices equate to rarity, even if there’s still plenty of it left. The investors just don’t want people to know the difference.

Whisky expert Mark Gillespie of WhiskyCast comments: “…there isn’t as much of a shortage of mature Scotch as there is cheap mature Scotch. If you’re willing to pay the price, it’s not hard to get mature Scotch, but whisky fans got spoiled by low prices for old whisky before the recent resurgence in whisky sales… and now that the market is correcting itself, those people are upset. The ‘shortage’ came because whisky makers didn’t forecast that resurgence in whisky sales 15-20 years or more ago when they were laying down stocks…and how could they have been expected to given the state of the industry at that point?”

Not all whisk(e)y is single malt

The other issue at stake here is that these reports lump all the types of whisky together and call them “single malts,” even when they are writing about bourbon and rye. One article used the single malt shortage headline and then discussed the Van Winkle bourbon price gauge as its main example (incidentally, the price is set by retailers, not the people making the whisky, although whether they are making so little of it to purposely raise its value is another topic).

These publications are essentially “Kleenexing” single malt Scotch by calling any whiskey they want the public to perceive as rare and luxurious “single malt,” even if it’s not. Furthermore, they rarely mention single malt Japanese whisky, even though demand for some is so high that they’re just as rare as Pappy Van Winkle the second they’re released. However, because single malt Scotch is the most recognizable and prestigious whisky category when it comes to money people, that’s the luxury category they want for their panic-inducing, run-for-the-hills headline.

The bottom line is that many of the distilleries most valued by whisky aficionados and investors still have plenty of older casks of whisky – lakes of it – archived in their warehouses that haven’t been bottled yet, some of it is even finding its way into these NAS blends. It should also be noted that independent bottlers have purchased private casks aged 20 years or more from some of these distilleries and others from prized distilleries no longer in operation, and they will be releasing them for years to come. Consumers should look out for these indies, especially since bargains can still be had at a lower price point.

Remember when whisky was made for drinking? It’s a sad world when the media tells us it isn’t any more.

506
Shares
583
Views
Share on FacebookShare on TwitterGet Our Newsletter
Get Jefferson's Ocean at ReserveBar. Shop now!