Scotland’s Old Pulteney distillery, located in the Highlands whisky region, is known for producing single malts influenced by maritime considerations given the seaside village it calls home. The distillery team here revitalized the core range last year, including 12-, 15- and 18-year-old expressions. Now it is topping off the collection with the announcement of a new 25 year old single malt.

The new Old Pulteney 25 Years Old, according to those behind it, has been matured in a combination of second fill American oak, ex-bourbon casks and first-fill Spanish oak butts, which previously held Oloroso wine. This mix of casks in this single malt is said to make the whisky overall “mature and fragrant, with heavy spices and a hint of dark chocolate.” 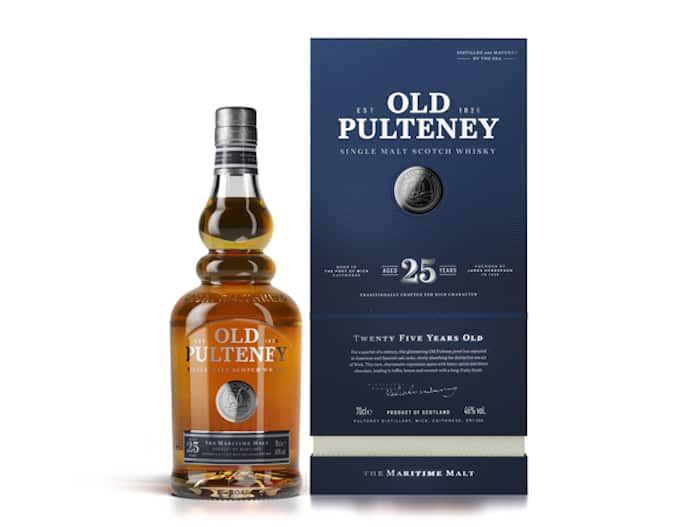 “For 25 long years, this special whisky has been sheltered from a fast-changing world, storms and high tides at our distillery here in Wick,” said Malcolm Waring, distillery manager at Old Pulteney, in a prepared statement. “It’s a whisky we’re incredibly proud of, distilled and matured by the sea. Old Pulteney 25 Years Old is the pinnacle of our new core range, it embodies both our hometown’s spirit of endurance, and our distillery team’s devotion to craft. We hope you enjoy it as much as we do.”

Plans call for this release, bottled at 46% ABV, to be initially available at the distillery and in the United Kingdom for £400, or around $510 USD. A more global rollout will follow shortly thereafter. You’ll find some more limited official tasting notes for this whisky below for your consideration.