Editor’s Note: This month our Scotch Whisky Editor at Large Joe Micallef tackled the huge task of reviewing the Octomore series of ultra-peaty whiskies from Bruichladdich. In part two of our three part series, he interviewed Carl Reavy, spokesman for Bruichladdich, about the Octomore product line. You can read part 1 here.

Joe: What was the rationale for producing super heavy peated whiskies like Octomore? Was this driven by the perception of a market niche that wasn’t being filled, a “let’s do it and see what happens” rationale, or was it seen as a way of making a young whisky more marketable despite its youth? Other reasons?

Carl: The initial creation of Octomore was very definitely a ‘what if’ moment. We just wanted to know what would happen if we asked the maltsters at Bairds to peat the barley as heavily as possible – and then run the resulting wash through our tall stills.

How tall are the necks of the stills?

The necks of both the wash and spirit stills are approx. 4 metres tall. The bases are approx. 2.4 metres so the overall height of the stills is 6.4 metres. Approximately. 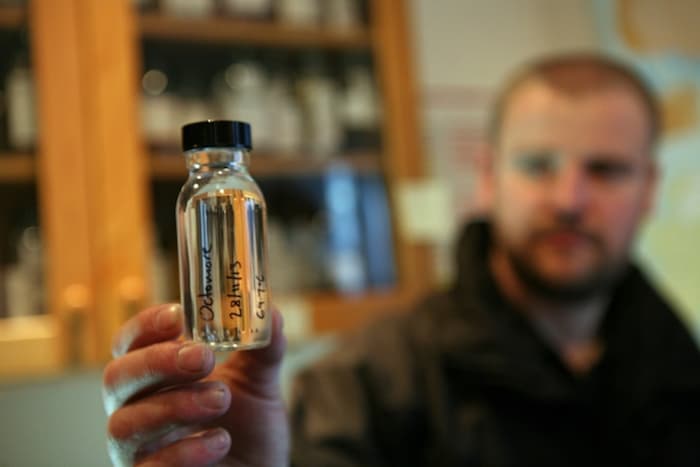 Is the Lomond still used in whisky production or just for gin?

All our malt comes from Bairds. None is malted in drums. It is all malted in Saladin boxes. Malting to achieve heavily peated barley is an inexact science. It is subject to all sorts of variables

Where does the peat used at Bairds come from? Is this supplied by the distillery? Does it come from Islay or elsewhere?

Bairds source their peat from the Black Isle on mainland Scotland. We have experimented with peat from Islay in the past, but the experiments were not successful.

Are there distinctive features from the different types of barley used that the distillery can identify in the finished spirit. Are there specific flavors associated with Bere or specific varieties of barley that are used in production? Are there specific characteristics of Islay barley that can be identified in the final whisky? I noted that the Islay Barley (6.3) had a very distinctive cooked oatmeal aroma. Is this a characteristic of Islay barley or of how the whisky was made?

We have examples of spirit made from different varieties grown on the same land (ie vintages – which therefore have an additional variable of annual weather variations to consider).

We are also in year four of an experiment that has seen us log the provenance of the same variety of conventional barley grown Scottish mainland farms from three different regions, Black Isle, Lothians and Aberdeen. These also vary.

Are we in a position to be able to describe ‘distinctive features’ from each region as opposed to simply being able to detect differences? Not yet. Give us another decade or so….! 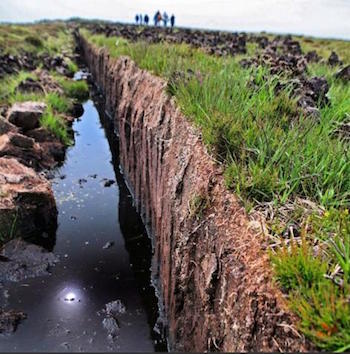 Is the high (70%) ABV at which new make is put in casks intended to improve extraction from the oak? Is Octomore spirit collected at the same level?

Not really no. I am not an expert in this field but I believe that if the purpose is to extract the maximum from the wood as quickly as possible then casking at around 60% is optimum. Octomore is casked at the strength at which it comes off the stills – generally around 69.5%. We are never interested in doing anything as quickly as possible.

Are there plans for even higher levels of ppm/phenols? Is there a theoretical limit to how high the peating level can go?

The request to Bairds when malting Octomore is always ‘see how high you can go’. We have spirit in the warehouses distilled from barley malted to around 300ppm which is yet to be released. I am not aware of a theoretical limit to ppm in malted barley. Atmospheric conditions during malting play a significant part as we said before.

In reviewing the Octomores, I noticed that some of the later ones seemed to have less intense smoke/char even though they had been peated to higher levels. Is there an explanation for this? Higher cut points perhaps?

Octomore always seems to defy logic. We know exactly what you mean – but the truth is we don’t really understand why barley peated to these colossal numbers seems to become richer on distillation without the smoke/char being overpowering.

Any plans for producing any Octomore from more than 2 distillations?

We have already done this.

What percentage of the ppm/phenol is lost during the distillation of Octomore?

We have never tested this. Maybe we should.

Is there a story behind the original “Dirty Dotty” name of Octomore spring?

Basically, Mark Reynier the force of nature who was our former MD found it impossible to pronounce the Gaelic name of the spring on Octomore farm, so he came up with the awful moniker ‘Dirty Dottie’s Well’. I have been trying to eradicate it from the lexicon ever since – and failing….

All of the Octomores have a distinctive sweet note. Is this coming from the cask aging or is a portion of residual sugar being left in the wash?

There will be no definitive answer to this Joe, although we have never asked ourselves the question in those terms.

There seems to be a direct relationship between the pepperiness and bitter notes in the whisky and the overall level of peating. Do you find that the pepperiness is reduced by higher cut points or does it come through regardless of the cut point?