Independent Scotch whisky bottler Douglas Laing & Co. is known for a range of blended whiskies that showcase regions of Scotland’s whisky scene, among other offerings. One of these is the Rock Island bottling, consisting of a blend of single malts drawn from distilleries in Islay, Arran, Jura and Orkney. Now a new variant of this is coming to market, having been finished in specially selected Spanish sherry butts.

The new Rock Island Sherry Edition, according to those behind it, takes the typical Rock Island whisky and gives it an undefined addition maturation time in said Spanish sherry casks. The resulting spirit, it was noted by the brand, “s said to capture the essence of Scotland’s whisky islands with an earthy, sweetly-peated style balanced by a spicy, sherried warmth at its core.” 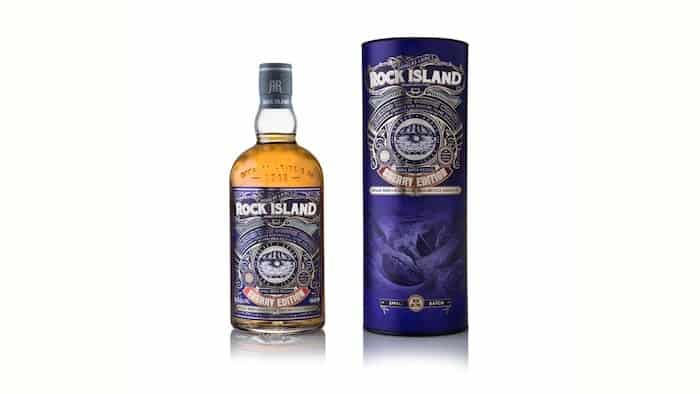 “Rock Island Sherry Edition exemplifies the impact exceptional Sherry butts can have on a peated, oceanic style of whisky – when spicy sweet meets maritime peat,” said Cara Laing, Director of Whisky at Douglas Laing & Co., in a prepared statement. “We are delighted with the end result.”

This Scotch is bottled at 46.8% ABV and is offered without coloring or chill filtration. It is said to be the perfect accompaniment to seafood and is a limited edition bottling that will be available globally for around £46, or about $60 USD. Apart from what was mentioned above, there are currently no other official tasting notes to consider.