Last month New Zealand brothers Alex and Nick Ravenhall, commonly coined the Whisky Smugglers, swam across the English Channel from Dover to Calais with a team of four other swimmers to raise money for Sea Shepherd New Zealand.

Partnering with London’s Bimber Distillery, each swimmer transported a dram of whisky, which was then blended back into a cask and will be sold as limited-edition whiskies later this year.

The team completed the taxing swim in a whopping 12 hours and 58 minutes, the second fastest team this season, alongside swimmers Ben White, Tamsin Gayle, Francesca Roffe Ridgard and Nick Stagg. 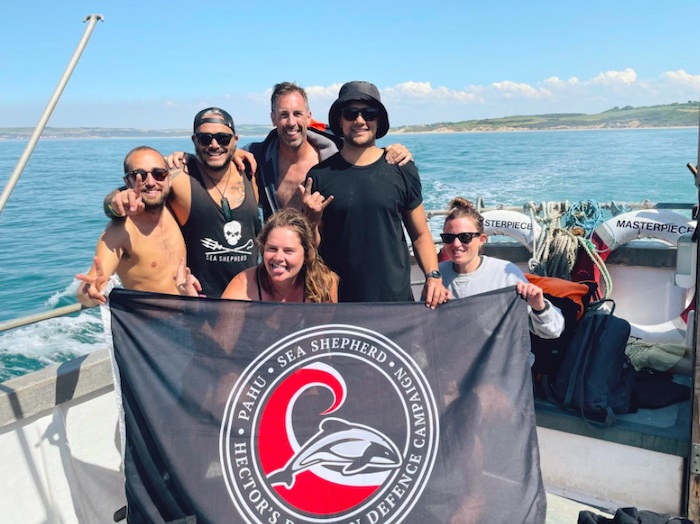 The Maori brothers founded Whisky and Waves, an ocean awareness campaign, to call attention to the vulnerability of the earth’s waterways.

The pair said they felt a special calling to work with Sea Shepherd on this project, whose charity work includes protecting Maui’s dolphins, endemic to New Zealand.

The brothers, now based in the UK, both work in the new world whisky scene. Nick is the managing director for Edinburgh’s Holyrood Distillery, while Alex is head of events for Atom Brands, which includes the independent whisky bottling brand Boutique-y Whisky Company.

Ewelina Chruszczyk, director at Bimber Distillery, said in a prepared statement, “Bimber are delighted to be collaborating with Whisky and Waves on their latest charity swim. While our distillery has its historical roots in mainland Europe, our home is very much England – and as such, crossing the channel with our single malt in tow is a perfect expression of both our journey and of the universal language of the shared love of whisky.”

This summer, the brothers will take part in at least two more swims in some of the UK’s most harrowing waters, including the The Corryvreckan. Both swims will be completed with “smuggled whisky” with the intent to release further fundraising-bottlings for Sea Shepherd.

109
Shares
2.6k
Views
Share on FacebookShare on TwitterGet Our Newsletter
Get The Glenlivet 18 Year Old at ReserveBar. Shop now!