Scotland’s The GlenDronach distillery is known for its sherry cask focus for Scotch single malt whisky aging, particularly with regards to Pedro Ximénez and Oloroso. They have other things aging there in cask as well, however, giving parent company Brown-Forman’s master blender Rachel Barrie some room to roam in creativity. What looks to be a rather interesting consideration around this is the release of a new bottling drawn from casks influenced by the previously two mentioned sherry types as well as ex-port barrels.

The new GlenDronach Boynsmill Aged 16 Years, according to the distillery, “is a marriage of rich Pedro Ximénez and Oloroso sherry casks from Andalucía, with the subtle influence of the finest port casks from the Douro Valley in Portugal.” It is bottled at 46% ABV and is both non-chill filtered and of natural color. The whisky is named after The Boynsmill Estate, established by James Allardice as the home for his GlenDronach distillery in 1826. 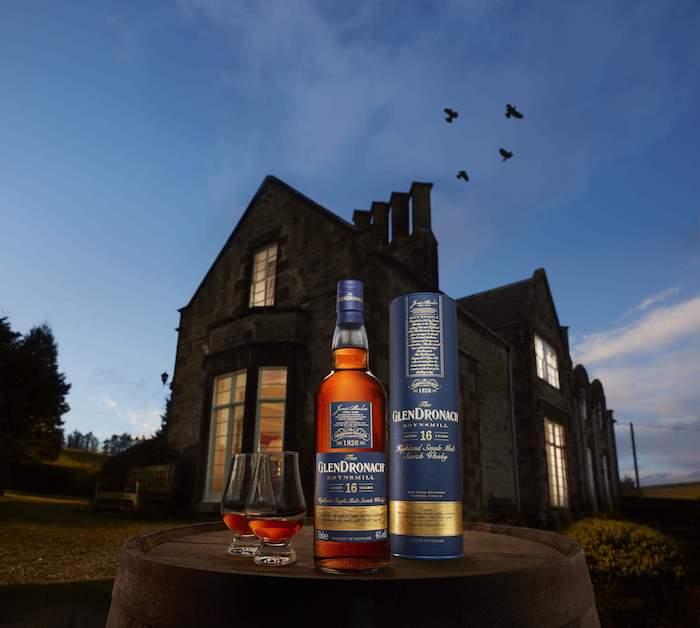 “The GlenDronach Boynsmill Aged 16 Years celebrates the rich heritage of The GlenDronach, with a small number of casks hand-selected to showcase its robust and complex Highland character,” said Barrie in a prepared statement. “I hope whisky travellers will enjoy this rare opportunity to savour the depth of a truly old-style Highland Single Malt.”

As it stands now plans call for this whisky to be a global travel retail release only, with no immediate price mentioned. Limited official tasting notes suggest it has “notes of plum pudding and apricot brandy on the nose, layered with the warmth of nutmeg and quince. Exceedingly rich fruitcake builds on the palate as dates, dried apricots and walnuts are savoured into the long and richly satisfying velvet finish.”