The city of Glasgow, like much of Scotland, has seen its whisky fortunes wax and wane over the years. Things have been on the up and up for at least the last several years here, however, so much so that a new single malt has emerged from what’s said to be Glasgow’s first new independent single malt distillery in over a century.

The 1770 Glasgow Single Malt Scotch Whisky, according to those behind it, pays homage to the year the original Glasgow Distillery, now long gone, was founded. The current The Glasglow Distillery Co is the one producing this young malt, which was first laid down in first fill ex-bourbon casks and finished for a short period in virgin oak before being bottled at 46% ABV. 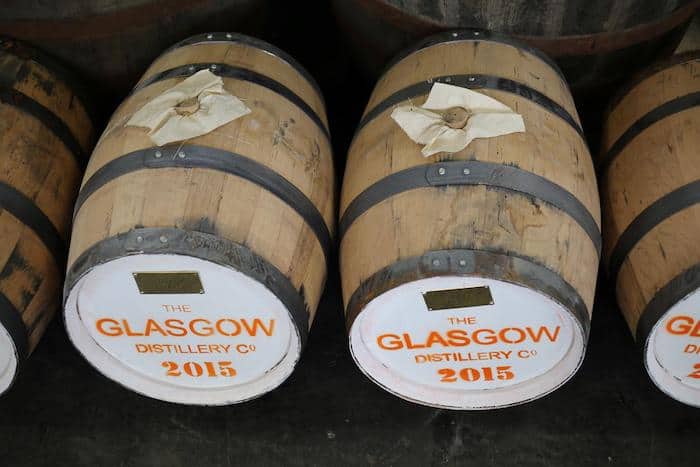 image via The Glasglow Distillery Co

“Our surroundings have definitely shaped us, Glasgow is more industrious than industrial now – it’s somewhere that doesn’t stand still and always strives to better itself,” said Liam Hughes, co-founder and CEO of the distillery, in a prepared statement. “And that’s exactly what we wanted for 1770; something distinctive, enterprising and of quality.

The city is now part of a new chapter in the world of single malt whisky, which is really exciting. Our 1770 shines a light on modern Scotland – we’ve produced something we are very proud of.”

Plans call for 5,000 bottles to be released in this first expression, of which you’ll find some official tasting notes below. It will be followed, in 2019 and 2020, by peated and triple-distilled single malt expressions that will be released as part of continued annual limited-edition offerings.