The world of higher end Scotch whisky, particularly bottlings that are half a century and older, tend to be very expensive in price and very limited in number. There just isn’t a lot of super old spirit out there these days, particularly for higher end brands such as Balvenie. It thus makes sense this distillery’s latest 50-year-old release is a mere dozen released bottles in all.

The new The Balvenie Fifty: Marriage 0962, according to those behind it, is a Scotch single malt whisky that brings together the contents of four 50-year-old or older barrels into one blended bottling. It is said each of these barrels were hand selected from the distillery’s oldest stocks by Balvenie Malt Master David C. Stewart MBE. and bottled at 42.8% ABV. 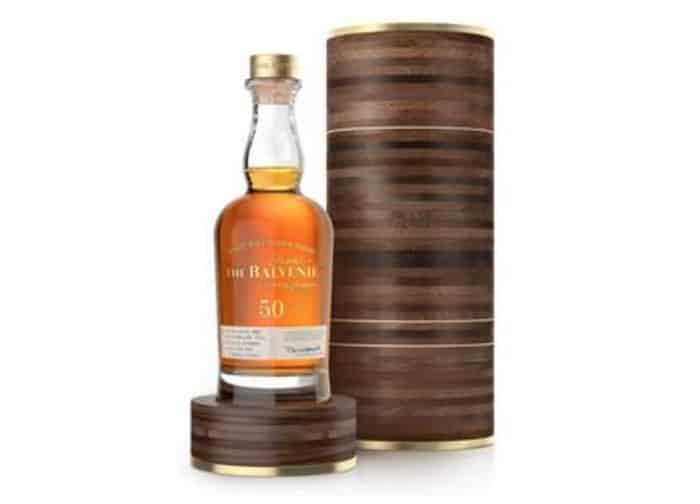 “Marrying aged whisky stocks is undoubtedly one of the most challenging, yet enjoyable facets of my role as The Balvenie Malt Master,” said Stewart in a prepared statement. “This was a chance to explore the furthest reaches of our precious aged stocks and see how their extremes could be controlled and combined. Despite enjoying more than 55 years in the business, I am still discovering and learning new things about the science and art of whisky making. The creation of Marriage 0962 took months of patience to complete, as we are dealing with liquids with extremes in ABV, taste and age.”

The Balvenie distillery plans to release just 12 bottles of this whisky, as we mentioned before, into the United Kingdom only at a price point of £27,500, or around $36,000 USD. It should be noted 0962 in the title refers to the month and year Stewart joined William Grant & Sons, the parent of Balvenie. Also, the bottling for this expression comes housed in “a wooden tube comprised of 50 layers, 48 of walnut and two of brass, handcrafted by Scottish wood craftsman Sam Chinnery at his workshop near Elgin, Scotland.”