A recent whisky auction held in Hong Kong has created quite a buzz in the whisky world due to the closing hammer price of a rare cask of Macallan 1987 single malt Scotch. In the process this purchase, said to be over $370,000 USD, set a couple of world records at a time when secondary market whisky sales continue to flourish.

The Macallan 1987, according to Scottish whisky specialist Cask 88, ended up selling for HK$2,928,000 (£282,890 or US$374839) at the Spink China auction house in Hong Kong on October 3. This cask now not only holds the title of most expensive cask sold at auction, but it is also the most expensive per-bottle cask sold in auction worldwide. It would produce only 228 bottles at cask strength, coming to a price of HK$10,166 per bottle, or a little over $1,300 USD. 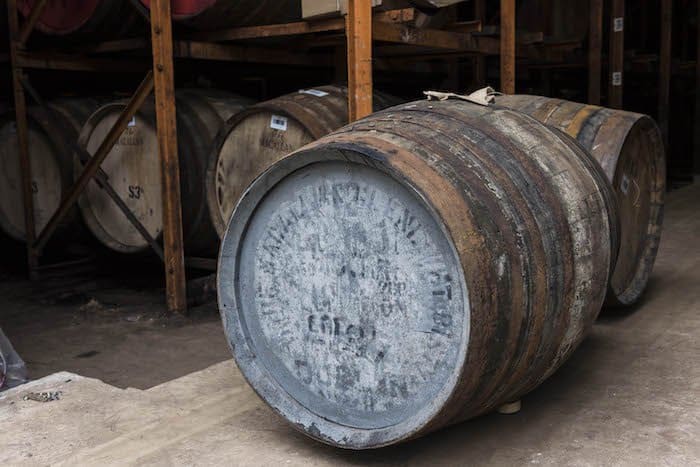 “We estimated that it would sell for around HK$2.3 as it is very rare to see an aged Macallan sherry cask, never before has anything like that been offered to the public, as after all – it is a rather small barrel yielding less than 300 bottles even if you flip the cask upside-down.” said Angie Ihlo Fung, Auctioneer and Whisky Specialist of Spink, in a prepared statement. “As the action went on, we saw determination from buyers participating from different parts of the world, and it reached a price it certainly deserves, we are most content.”

Information from Cask 88 on this particular whisky barrel indicates it was distilled by The Macallan Glenlivet Distillery on 13th April 1987 (Cask number 3335) and matured in a sherry hogshead. Official tasting notes for it indicate “the aroma as having ‘a mild nose-feel effect, and a relatively closed nose initially. A warm and welcoming aroma – mellow and gentle, with top notes of dry oloroso sherry, mid notes of Christmas cake (with marzipan and icing) and a slightly burnt base note.’ As for the taste, ‘At natural strength the mouth-feel is drying. The taste is sweet, but not cloying – indeed there are traces of crystallized orange peel and angelica and some cooking spice in the long finish.'”

There was no immediate word on who bought it or what would happen with the contents of the cask now that it is in private hands.

133
Shares
412
Views
Share on FacebookShare on TwitterGet Our Newsletter
Cheers to the Dads! Personalize a bottle of his favorite whiskey to create a modern gift for the modern man. Use code: FATHERSDAY20 for $20 off your next order of $100 or more at ReserveBar