A funny thing about pandemic times – high end whiskies continue to show no signs of abating, showcasing a high demand for acquisition by collectors and the like even as greater challenges face the world. The Macallan is one luxury Scotch brand in particular that has top flight bottlings for those with deep pockets. We saw this recently with their The Red Collection, and now comes the recent unveiling of the latest version of its Fine & Rare Collection.

The Macallan Fine & Rare Collection: The 1993 Edition, according to those behind it, is a 27 year old Scottish single malt whisky matured in a single sherry seasoned, American oak hogshead cask. It joins a range of predecessors that make up other bottlings in this larger collection, spanning some eight decades from 1926 to 1993. 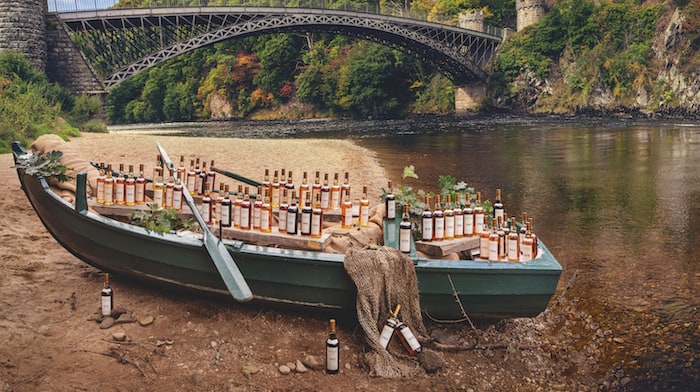 As part of the promotion of this whisky, the distillery teamed up with well known fashion photographer Tim Walker, who, is it said, “journeyed to The Macallan Estate on the banks of Scotland’s River Spey. For the 1993 Edition, Walker posed the bottle with a bird’s nest, weathered twine, the handpiece of a clock, and flowers, among other details, against a backdrop of shadowed sky blue. The portrait is a love letter to the 1990s, which witnessed the coming of the Internet and the advent of the environmental movement, as well as to Speyside and the Highlands, and hints at the passage of time.

“Each vintage and according decade is uniquely represented through Walker’s artistic lens.”

“With fifty-seven vintages released over eight decades, the iconic Fine & Rare Collection is a culmination of the work by many men and women dating back to the early Twentieth Century,” said David Cox, Former Director, The Macallan Fine & Rare, in a prepared statement. “We felt now was the time to look back to the introduction of this collection of old and rare whiskies, the likes of which had never been seen before, and to remind ourselves of what this historic collection represents, both now and for the future.”

Only 256 bottles of The Macallan Fine & Rare Collection: The 1993 Edition are being made available, bottled at 50.2% ABV and pricing at $18,000. You’ll find official tasting notes below.