Scotland’s Glengoyne distillery, among its various releases, occasionally debuts a new cask strength expression from its aging warehouses. Traditionally these releases are sherry cask driven but, for the latest offering known as Batch No. 007, some ex-bourbon barrels have been added to the mix.

Glengoyne Cask Strength Batch No. 007, according to those behind it, was crafted using a combination of first-fill European and American oak Oloroso sherry casks, refill casks and bourbon barrels. The addition of the American whiskey barrels to the mix is said to bring to this Scotch’s flavor profile that sweetness and vanilla that American oak is known for. 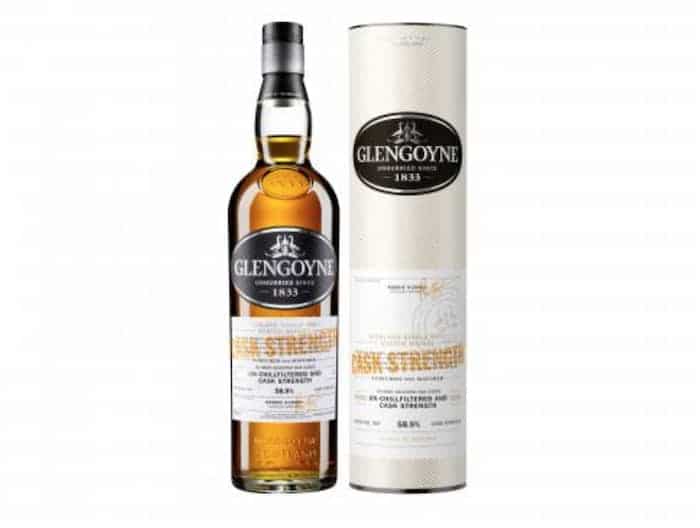 “The bourbon parcel we used in the distillation of Glengoyne Cask Strength Batch No. 007 brought in a sweetness and a burst of vanilla, which adds a roundness and depth to this sherry-dominant whisky,” said John Glass, Malt Master at Glengoyne Distillery, in a prepared statement. “The bourbon plays a light, but important, part in the overall cask recipe.”

“Glengoyne Cask Strength Batch No. 007 has an intense burst of flavour,” added Katy Macanna, Brand Manager for Glengoyne, “yet it retains the sweet and fruity character for which Glengoye’s collection of Highland Single Malt Whiskies is renowned. As with all six in the series before it, Batch No. 007 is a whisky of the purest quality, bottled un-chillfiltered, straight from the cask, having been distilled in the same unhurried way for which Glengoyne is loved.”

No specific age statement is given for Batch No. 007, which is bottled at 58.9% ABV. It prices around £60, or close to $80 USD, and limited official tasting notes suggest that it “boasts a fruity, malty flavour profile, featuring notes of cinnamon, orange, peaches and honey. Its warm amber-gold hue is imparted from time and wood alone.”