The 33-year-old whisky is matured in ex-bourbon barrels, which is said to allow the peated characteristics of Laphroaig to shine through and continues to honor the legacy of the last founding member of the Johnston family to run the Laphroaig Distillery.

The Ian Hunter Story consists of five annual releases, set into crafted books that document the story of Ian’s rich legacy. Every year, a new chapter is unveiled, uncovering the full history behind Laphroaig and the characters who created it. 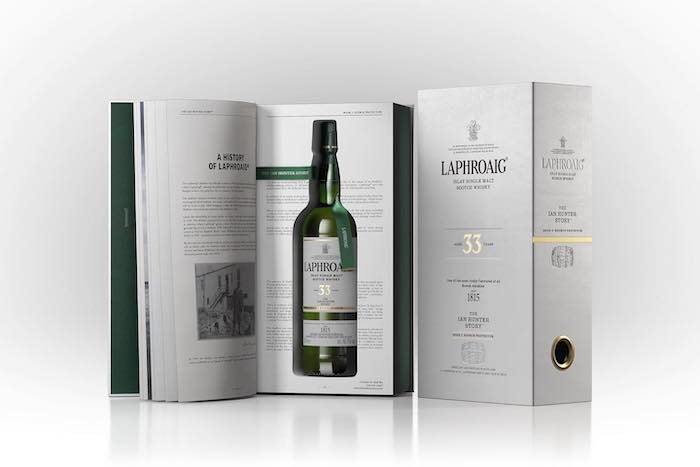 Book One reflected on what’s described as Ian Hunter’s formidable character. Book Two dedicated itself to the hours and hours of work Ian Hunter committed to the Laphroaig brand while at the helm. Book Three charts the history of the Kilbride Stream, as well as Ian’s role in ensuring this source of raw beauty was protected, and the crucial role it played in keeping the spirit of Laphroaig alive.

After a long running dispute, Ian took a case to court, before eventually scrambling to buy the land all the way up to the source of the Kilbride Stream, converting the distillery to steam, ensuring that it was less reliant on water for power. The water was said to be secure, and so was Laphroaig’s future as a single malt.

The distiller’s notes show that the 2021 release of The Ian Hunter Series is a 33-year-old, non-chill ­filtered whisky with creamy licorice notes, fully matured in ex-bourbon barrels so the original character shines through.

The limited-edition whisky is available at Laphroaig.com and specialty retailers for a suggested retail price of $1,250.