Kininvie, the niche scotch distiller owned by William Grant & Sons, is amping up its whisky-geek street cred with a series of “trial” expressions from its new Kininvie Works range.

The new expressions were named to sound like test subjects in a series of science experiments: KVSM001 is a single malt, KVSG002 is a single grain whisky, and KVSB003 is a blended scotch. “Each of these expressions,” according to a prepared statement from the distillery, “is characterised by one distinctive technique, with the ambition to create a liquid that represents the learnings of the experiments carried out at Kininvie Works.”

KVSM001, the single malt, was triple-distilled, “comparable to Irish distillation and a contrast to the normal set-up at Kininvie.” It’s a five-year-old single malt aged in ex-bourbon casks, and is bottled at 47% ABV. “The observation of this trial,” says the distillery, “was that shifting from a double to a triple distillation resulted in a floral and fruity character with hints of pear drops.” 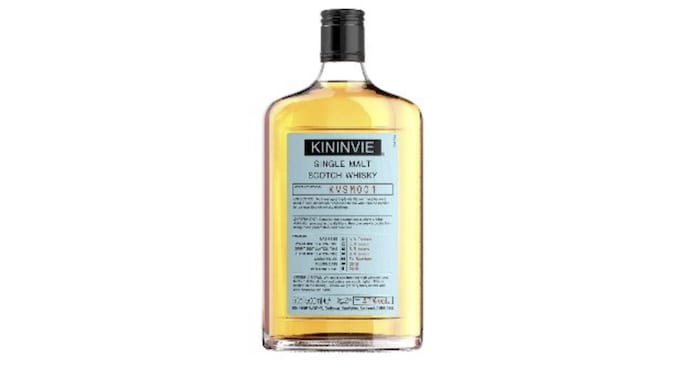 KSVG002, the single grain whisky, emerged from “an experiment to explore the different flavour profiles generated by cereals other than the usual malted barley.” Specifically, the distillers added malted rye here, a grain that’s still relatively unusual in whisky making. The distillery doesn’t specify the proportion of barley to rye, but we do know that this expression was aged in new American oak casks and bottled at 47.8%. The producers call out “a distinguished toffee flavour along with the classic spiciness associated with rye.”

Finally, KSVB003 is a blended scotch which “uses a higher proportion of malt than usual for a Blend [sic], exploring how malt and grain drive flavour differently.” This is a three-year-old single grain scotch blended with a single malt, both produced at Kininvie, and aged in new American oak and “European casks,” respectively. Bottled at 48.2%, this expression has “a distinct spicy note that balances out the light floral note of Kininvie malt.”

All three whiskies are bottled with labels that look like something you might have seen on a dusty beaker in your high school chem lab.

To really sell the sciencey theme, the distillery has also released a so-called white paper, published on their website, discussing an experimental technique for aerating new-make whisky.

The new whiskies are now available online for UK customers, and in France at www.amazon.co.uk for £35 or 35€ per 50-cl bottle.