Kilchoman, the only vertically integrated farm-distillery on Islay, will finish its stillhouse expansion within a few weeks, according to a prepared statement from founder and managing director Anthony Wills. The new building will house two new stills, a new mash tun, and six new washbacks, which will double the distillery’s capacity.

The stillhouse expansion is the second phase in a larger expansion project. The first phase involved building a new malt floor—Kilchoman is one of just a handful of Scottish distilleries still using the labor-intensive floor-malting process—and kiln. The last phase of the expansion, which will add a visitor center, shop, and cafe, is planned for completion in the next few months.

“Without an increase in capacity,” said Wills, “we would be heading towards a situation where all Kilchoman would be sold purely on allocation… we want to continue building on the success of the last 15 years without the risk of running out of whisky.” 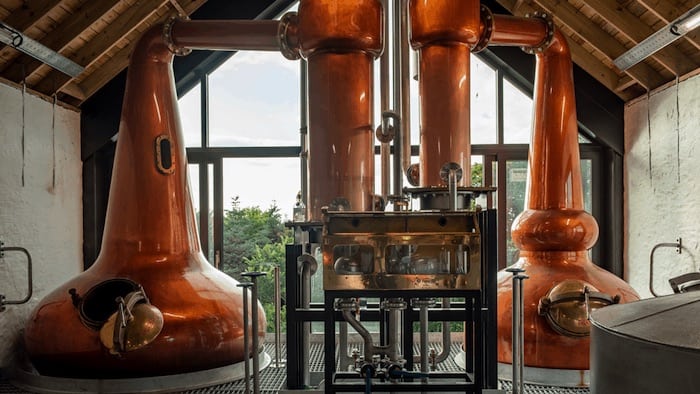 The stillhouse expansion is a “mirror image” of the original stillhouse, with “no discernible difference” in the spirits coming out of the new stills, according to Wills. He also notes that the additional space will give the distillery more room to experiment in the peating, malting, and distilling phases of whisky-making.

Kilchoman is something of an upstart among scotch distillers—when it opened its doors in 2005, it was the first distillery built on Islay in almost 125 years. In that time, though, it’s proved to be a serious player; it was awarded best Islay single malt in 2016, beating out centuries-old competitors like Laphroaig and Ardbeg. The distillery is located on a 2,300-acre farm on the west coast of the island, where some of its barley is grown (the rest comes from the nearby Port Charlotte maltings).