Rather than simply finishing this single malt in used wine barrels, the distillery used wine barrels that had been through a process called shaving, toasting, and re-charring, which is pretty much exactly what it sounds like: the inside of the staves is partially shaved down, then toasted and charred with oak chips themselves made from used barrel staves. 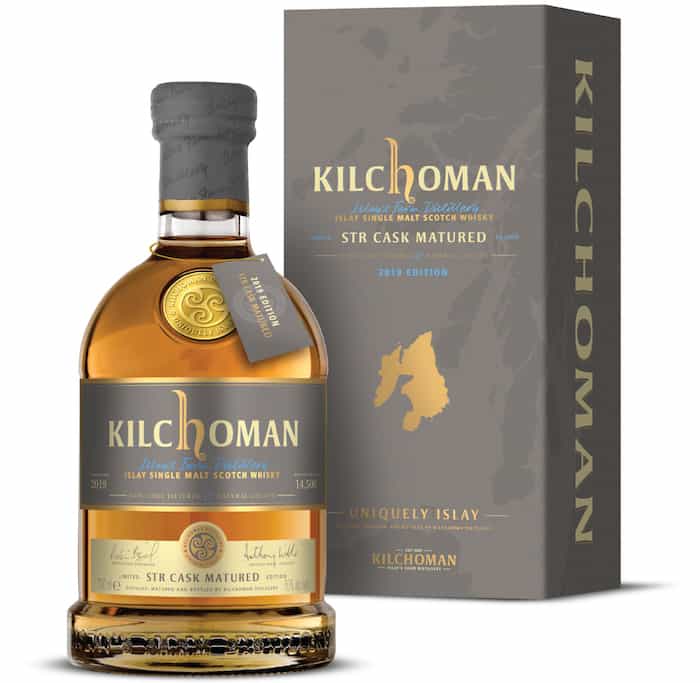 In a prepared statement, the distillery writes that “these processes remove harsh tannins and undelivered flavours and break down unwanted chemical bonds such as lignin, celluloses and hemicelluloses, replacing them with sugars, vanilla and spice notes”—which, if you’re much of a bourbon drinker, should sound awfully familiar, as it’s those same chemical reactions that give American whiskeys their distinctive flavor profile.

This whisky pushes the envelope on scotch in an interesting way, as the spirit is almost always aged in used barrels. Does a barrel that’s been refurbished in this way act more like a new barrel, or a used one?

According to those behind it, it sounds as if it’s somewhere in the middle. “The STR cask balances influence from both the new and used oak to create a powerful combination of rich fruit, oak, spice and maritime peat smoke,” said Anthony Wills, Kilchoman founder and managing director.

43 casks of this whisky have been aging since 2012, and the expression was bottled at 50% ABV. It will retail in the UK for around £80, or close to $105 USD. Bottles are also set to be on sale in Europe and other parts of the whisky drinking world shortly.

The distillery’s tasting notes are below:

Finish: Long with a pronounced spice, honey and caramel notes.