The Kilchoman distillery on the legendary Scotch whisky island of Islay is known for a range of bottlings, but one of the most interesting is their 100% Islay offering. Made exclusively from barley grown and malted at the distillery, it is now on its eighth iteration, which for the first time has been aged in something other then just ex-bourbon barrels.

Kilchoman 100% Islay 8th Edition, according to those behind it, is drawn from a vatting of 23 bourbon barrels and 7 Oloroso sherry butts filled between 2008 and 2012 with new make spirit from barley grown in the Kilchoman barley fields. After being harvested this barley was hand malted, peated and distilled on site before being put to barrel. The addition of the sherry cask to this barrel mix is said to give the whisky “added depth and richness compared to the fresh fruits and vanilla of previous editions.” 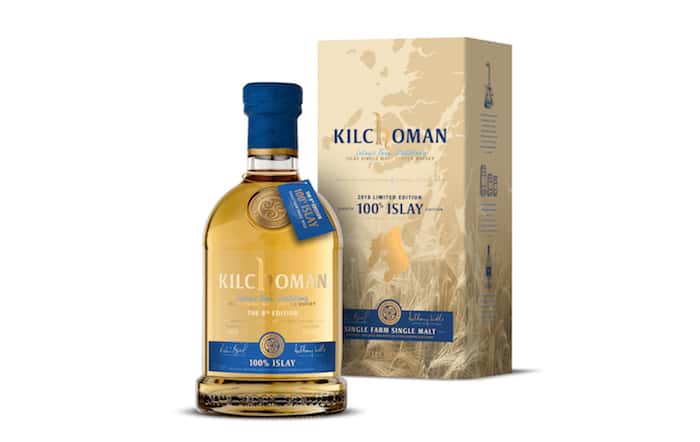 “The 100% Islay range was the reason we built Kilchoman,” said Anthony Wills Kilchoman Founder and MD, in a prepared statement. “We wanted to take whisky-making back to the grass root traditions of the industry, where we had the ability to influence each stage of the process to maximise the character of our whisky.

“Part of that is barley; how it’s grown, malted and peated, part of that is slow steady hand distillation and part of it is casks; filling casks that pair well with your spirit and selecting the right balance of casks when they reach maturity. Great whiskies are not a result of a single part of the process, they’re the outcome of time and passion invested at every stage of the process.”

Around 12,000 bottles are being released globally, bottled at 50% ABV and pricing around £74, or around $100 USD. Very limited official tasting notes suggest “an elegant balance of rich spices, citrus sweetness and earthy peat smoke.”