As summer is just around the corner in the Lone Star State, Scotch-industry giant Johnnie Walker has made Houston, Texas home for the launch of its brighter, sweeter whisky called Johnnie Blonde Blended Scotch Whisky.

Something completely new, Johnnie Walker distillers are heralding the Blonde as one of the most versatile whiskies they’ve ever made.

In a statement from Johnnie Walker distillers, it was announced that Johnnie Blonde had launched exclusively in Houston – one of the most diverse cities in the United States. 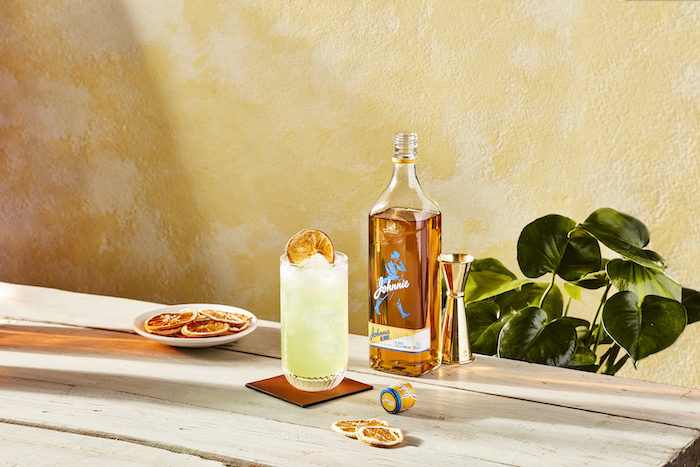 “Full of culture, energy, and people seeking discovery through different experiences and exploration, Houston was the perfect destination to bring the lighter, brighter, and refreshing taste of Johnnie Blonde to for the first time,” the statement read. “In support of the vibrant culture of Houston, and to celebrate the introduction of the new whisky to the city, Johnnie Blonde is partnering with UP Art Studio, a Houston-based public art consulting firm that curates, creates, manages, and implements public art, plans and projects to uplift people and neighborhoods. ”

Together, Johnnie Blondie and UP Art Studio introduced the Big Walls Big Dreams Festival to the city of Houston. Originally launched in Miami, Big Walls Big Dreams is a mural-painting “festival,” refreshing public art in Houston neighborhoods. The cultural event invited the Houston community to celebrate large-scale murals painted by notable local and national artists through May 23.

As for the whisky itself,  it prices around $24.99 per 750 ml/bottle, 80 proof. The brand noted of it that its “sweet, fruity crispness bursts into life when mixed with the citrus kick of lemon-lime soda, while the creamy vanilla of Johnnie Blonde shines when mixed with the likes of soda and ginger ale.

“This new whisky also carries serious quality credentials, having already won an ISC Gold Medal before being made available to the public. Bright wheat whiskies have been matured in sweet American oak to add toffee and caramel, before being brought together with fresh, fruit flavors from the breadth of Scotland.”