Progressive or conservative, male or female, white or black, you have to admit it has been a long week for the American people amongst the current upheaval going on in our political landscape. The election of Donald Trump as our next President has sent shockwaves through the system, resulting in both upticks in open racial hatred and counter protests against such beliefs in the post election environment. In to this tense situation has suddenly come Johnnie Walker, launching what I would guess was a preplanned marketing campaign celebrating American diversity. 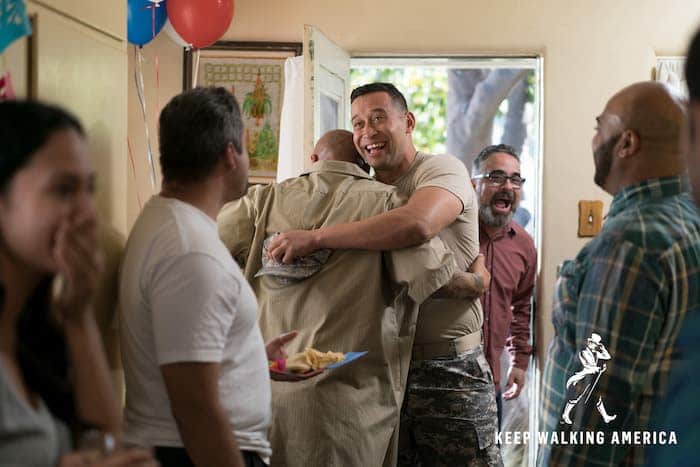 This new campaign, which launched nationally a few days back in the form of a minute long television spot, is said by Diageo to celebrate

the cultural progress and diversity that represents the fabric of America today. The lyrics of “This Land Is Your Land,” read in both English and Spanish, serve as the campaign’s anthem. The meaning behind the lyrics powerfully communicate the core message that America has always been and should always remain an inclusive nation, built on values that celebrate and reward people from all colors and creeds.

This film, which you can watch at the end of this story, was shot over two weeks and features real storylines of progress from Los Angeles, Santa Fe, Montana, New Orleans, Baltimore, New York and Washington DC. It sits at the heart of the new Keep Walking America program Diageo is putting forth through a

variety of initiatives on a national and global level, each calling for a united, more open-minded society that can be a catalyst for progress and positive change. The brand recently traveled to Brownsville, Texas, a U.S.-Mexico border town, with celebrated actor, director and activist Wilmer Valderrama, to spotlight the rich community of cross-cultural Americans living in proximity to the border and to hear their personal stories of progress. This initiative mirrors recent global work from Colombia, which shared a message of unification during the ongoing peace treaty negotiations, and the brand’s Ode to Lesvos storyline, a deeply moving film series that sheds light on a community in Greece that has shown heroism and humanity during the Syrian refugee crisis.

“We are extremely honored to continue taking a pioneering role in culture by championing and celebrating progress,” said Stephanie Jacoby, Vice President of Johnnie Walker North America, in a prepared statement. “Keep Walking America brings to life stories of cultural progress and diversity, and we hope this campaign inspires people to come together for a better future.”

That this particular campaign, the inspiration of which is explained above in a video by Valderrama, emerges at a time of great anxiety among many Americans around racial divide is pretty astounding, to say the least. Through this action one of the most popular blended Scotch whiskies in the world has inserted itself, for better or worse for their brand, into a very fluid and unsettled situation. Will this move win them new fans? Will it drive away others? Do they even care either way? That remains to be seen, but for now it is an interesting move on Diageo’s part.

Shares
244
Views
Share on FacebookShare on TwitterGet Our Newsletter
Get Jefferson's Ocean at ReserveBar. Shop now!