In Scotland, a 202-year-old distillery has reawakened following a three-year, ground up restoration.

The Brora Distillery, in Sutherland, Scotland, closed in 1983. It roared back to life this month as a small group of devoted Brora fans, collectors and enthusiasts gathered virtually around the world to celebrate the filling of the first cask and mark a new dawn for the distillery.

Over the last four decades, the small distillery lay silent, set against the dramatic landscape of its remote Highland home of Sutherland on the Northeast coast of Scotland. Yet during this time, Brora became renowned for the high quality and character of whisky maturing in its shuttered warehouses.

Considered by some as one of the lost icons of the whisky world, the distillery and its spirit grew in stature during its dormancy. Fast forward to 2021, and Brora-local Master Distiller Stewart Bowman, son of the last exciseman at Brora, reopened the wildcat gates and filled the first cask of Brora spirit in more than 38 years. 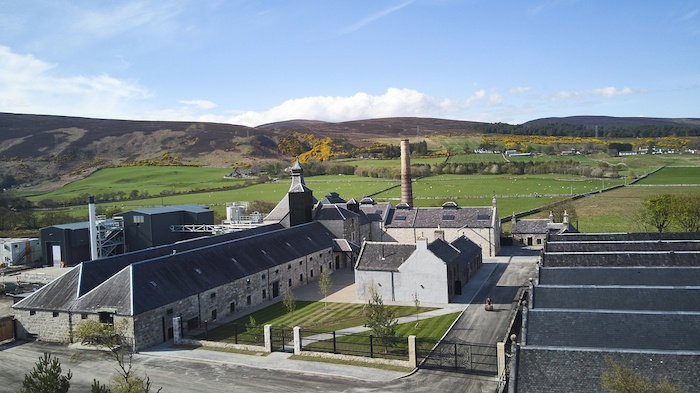 “In 1983,” Bowman said in a prepared statement, “my father wrote in an old distillery ledger ‘Commencement of Brora Distillery silent season (undetermined period).’ Growing up in the village, we often wondered whether Brora would ever return, but today we filled the first cask. It is with great pride that I can now say to my father, the Brora community, and all the ‘old hands’ that worked at Brora and helped to craft a legendary whisky, that the stills are alive and we are making Brora spirit once again.”

In 2017, it was announced that Diageo would restore Brora as a part of a £35-million investment to bring Brora and the equally iconic lost distillery of Port Ellen on Islay back to life, as a commitment to Scotland and its communities.

Joanne McKerchar, Diageo archivist, played a crucial role working with the community to unlock key details from personal memories of past workers and their experiences at Brora before the time of closure.

McKerchar said, “When we first opened the doors at Brora we walked into a time capsule. As a historian and an archivist for malts, I had never seen anything like that before. It was unbelievable just how untouched it was … as if the guys had just finished their shift and walked out. But, of course, nobody then came back in. What must they have been thinking the last time they flicked that light switch or they locked the doors not knowing whether we were ever going to see this place open again?”

“You’re not just looking at stills or a physical building, it’s all of the emotion that would have went with that last day that suddenly comes flooding back and then that coupled with a big question, ‘so what are we going to do now, and what lies ahead of us, and how are we going to achieve this?’ It was quite overwhelming.”

McKerchar and Bowman worked alongside a host of specialists, whisky noses and archivists in the restoration of the distillery buildings and its prized spirit.

Of the restoration process, Master Distiller Bowman said, “We have gone to every effort to replicate, as closely as possible, the conditions, equipment and processes from Brora in 1983 in order to recreate the spirit for which the distillery is famous.”

The original pair of Brora stills travelled 200 miles across Scotland to Diageo Abercrombie Coppersmiths in Alloa where they were refurbished by hand.

Fully committing to recreate the distilling processes of old, Brora will use a traditional rake and gear mash tun and use malted barley from Glen Ord maltings, exactly as it did in 1983.

The process of restoration extended beyond the physical buildings to the Brora spirit that made the distillery’s name what it is today.

Using a combination of the tasting notes for the original new make spirit, stills refurbished to exact historic specifications, material from the archives and more modern distilling knowledge, the restorers managed to replicate, as closely as possible, the way the distillery operated in 1983.

One of the latest releases from the distillery, unveiled in April, is the Brora Triptych: a three-piece collection of extremely rare single malt whiskies each representing a distinct style of Brora’s storied heritage.

28
Shares
6.3k
Views
Share on FacebookShare on TwitterGet Our Newsletter
Cheers to the Dads! Personalize a bottle of his favorite whiskey to create a modern gift for the modern man. Use code: FATHERSDAY20 for $20 off your next order of $100 or more at ReserveBar