The Highland Park distillery in the northern reaches of Scotland, as we noted in the past, is really good at releasing whiskies in sets that connect to certain themes. The latest happens to focus upon the seasons of their island location, starting first with The Dark’s release this part December. Now word is the set is complete with the general release of The Light.

Highland Park The Light, according to those behind it, is a 17-year-old Scotch whisky that was aged exclusively in refill American oak casks. The Dark, by contrast, was aged in European oak sherry seasoned casks. As a result of its cask aging process the former has ended up with a light, bright natural color to reflect the fact we are in the lighter part of the seasons now. 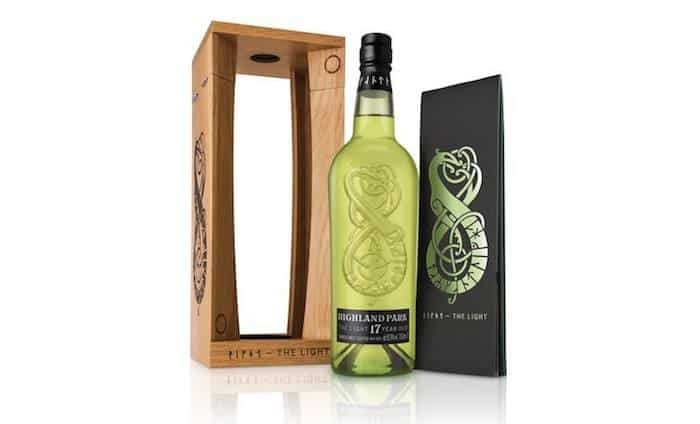 “In both The Light and The Dark, we share the story of the noble Viking warriors who are our ancestors, of our contrasting island seasons and of the intense balance of our whisky,” said Jason R. Craig, Brand Director, Highland Park, in a prepared statement. “Our award-winning whiskies deliver flavours of smoky sweetness that’s the product of our climate and our craftsmanship –our own continuous cycle.”

The Light is presented in what’s described as a pale green bespoke glass, with the the serpent dragon embossed on the front taking its inspiration from Viking stories. The bottle itself comes housed in an oak cradle. It is said 28,000 bottles are being made available globally for this release, pricing around £190, or little over $250 USD. You’ll find very limited official tasting notes for the 52.9% ABV expression below.