Highland Park, based in the Orkney region of Scotland, announced recently the coming launch of the second edition of its cask strength whisky range.

Highland Park Cask Strength Release No.2 is made by what’s described as the “straight from the cask” method – whisky in its purest form – with no water added after maturation. This form of whisky generally delivers a robust and intense flavor, and the brand says it adds a greater depth of finish. 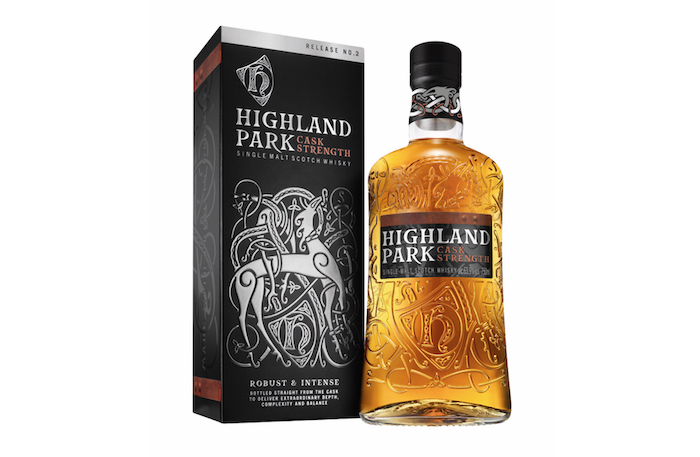 “Cask Strength Release No.2 celebrates the harmonious balance of tastes in the classic Highland Park style,” Motion said in a prepared statement. “I want to give everyone who loves Highland Park the chance to experience our single malt whisky in its purest form, its full flavor allows you to discover the taste and strength that appeals to your palate by adding ice or water according to your preference.”

The cask strength series is a permanent edition of the Highland Park core range. The releases share the same underlying character, yet each batch features different flavors coming to the forefront based on the cask make-up.

Highland Park Cask Strength Release No.2 matured in sherry seasoned European and American oak casks and a small quantity of ex-bourbon casks. It comes in at a stout 127.8 proof.

Most whiskies are diluted with water prior to bottling to reduce the alcohol-by-volume strength, or proof, typically between 80 and 90 proof. Highland Park’s Cask Strength Release No.1 and Cask Strength Release No.2 were created by bringing together dozens of single casks and bottling at full strength, straight from the cask, having also received a gentle filtration prior to bottling.

Cask Strength No. 2 has a suggested retail price of $90 for a 750ml bottle and will be in the US market at the end of October/early November.

51
Shares
1.6k
Views
Share on FacebookShare on TwitterGet Our Newsletter
Get The Glenlivet 18 Year Old at ReserveBar. Shop now!