The Highland Park distillery, based in Scotland on the island of Orkney, has long made a name for itself in Scotch single malt whisky circles due, in part, to its bottlings’ trademark flavor profile of aromatic smoky peat and sweet heather honey. While it does have a desirable range of expressions, one it seems to have been missing was a regular cask strength edition, which is now what has been made available.

The new Highland Park Cask Strength whisky series, according to those behind it, is an annual and permanent edition to the distillery’s regular portfolio. It is, as the name implies, cask strength, meaning it has been bottled straight from the barrel with no cutting of the proof. Each yearly batch, starting with Release No. 1, will feature different flavor profiles and casks of different ages, though it also looks like the releases will be non-age statement in nature. 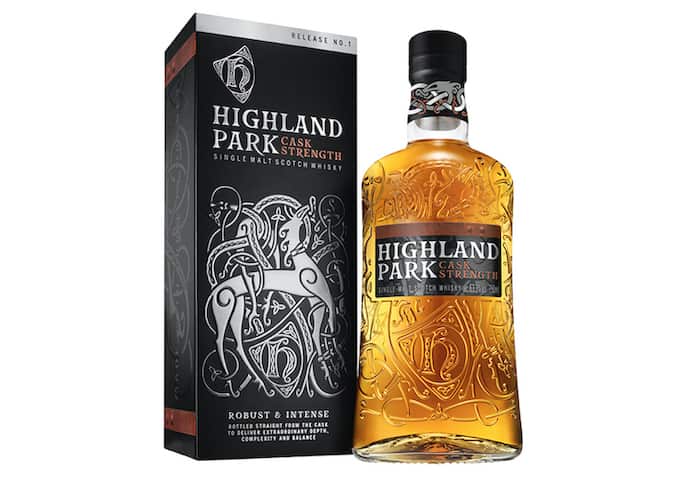 “A cask strength whisky is very much made the traditional way but it doesn’t have to be enjoyed so,” said Gordon Motion, Highland Park whisky maker, in a prepared statement. “Its full flavour allows you the control to discover the taste and strength that appeals to your palate by adding ice or water according to your preference.

“I want to give everyone who loves Highland Park the chance to experience our single malt whisky in its purest form by bottling ‘straight from the cask’ but allowing you to choose the strength you want to drink this special single malt.”

Plans call for Highland Park Cask Strength Release No.1 to be bottled at 63.3% ABV and priced around $90 per 750 ml bottle. You’ll find some official tasting notes below.