Glenmorangie recently announced the release of the Grand Vintage Malt 1997. Aged in bourbon casks for almost a decade after distillation in 1997, a parcel of the new single malt whisky was then transferred into a handful of Château Montrose red wine casks, from the Saint-Estèphe appellation of Bordeaux, for an additional 13 aging years to create what was described as “extraordinary berried depths.”

Following on this, the brand noted, it was further influenced with whisky aged in bourbon casks that brought “classic citrus notes,” whisky “long finished in Oloroso sherry casks [that] gave sweet layers and spice” and some “secret casks [that] also played their part.” 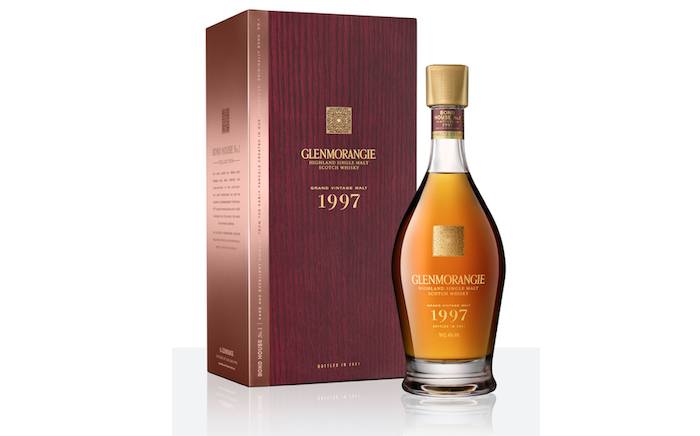 Glenmorangie opened its doors in 1843, when farmer William Matheson and his wife Anne founded the distillery. Since then, it has used what’s described as the tallest copper stills in Scotland to create its whiskies, allowing more space for taste and aroma. Stating the giraffe as its spirit animal, the distillery currently has a conservation partnership with the Giraffe Conservation Foundation charity, which aims to secure a future for all wild giraffe populations in Africa.

Retailing at $900, the Glenmorangie Grand Vintage Malt 1997 is available starting this month.