The Glenlivet Code Scotch Whisky Aims to Challenge Your Senses

Scotland’s The Glenlivet distillery, back in 2016, launched a Scotch whisky known as Cipher. This mysterious black bottling lacked any cask information on it whatsoever, requiring drinkers to study a cryptic code as they tasted it to determine what its official flavors were. Now the folks from Glenlivet are back again with a somewhat similar new expression that’s equally as challenging, and it is called Code.

The Glenlivet Code, according to those behind it, lacks either cask information or tasting notes publicly available anywhere at this time. Consumers are instead directed towards a more digital tasting experience in that they use the Shazam app to scan a code on the packaging. This pulls up a virtual tasting room, hosted by an avatar of The Glenlivet master distiller Alan Winchester, that nudges drinkers to select four nose aromas and four palate flavors from thousands of different combinations. 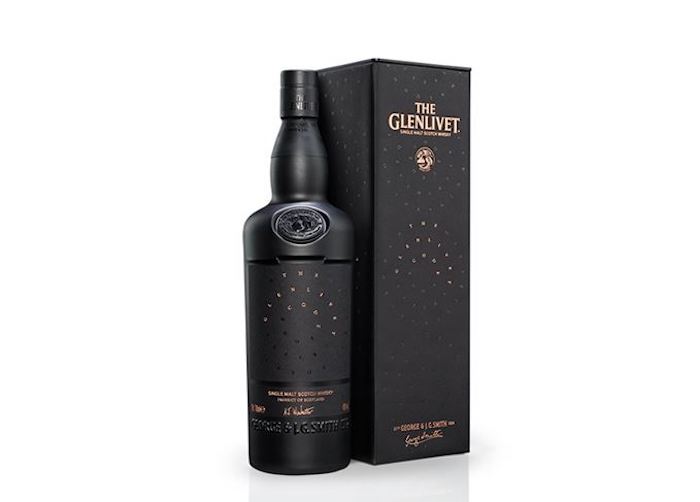 After choosing these tasting profile descriptors, tasters will be given a score to see how well their tasting notes match up against those of Winchester. In a nod to social media, these scores can be posted online to see how one ranks against others. Full tasting notes and the like won’t be revealed until the end of the year.

“With The Glenlivet Code, we had a unique opportunity to create a whisky that has never been crafted before, using new casks and techniques to push the boundaries of what people expect from The Glenlivet,” said Winchester in a prepared statement. “This year’s limited edition is a labyrinth of flavors that will test the senses of even the most discerning whisky drinker and we’re excited to invite consumers worldwide to take on the ultimate challenge by unlocking its mystery taste. The interactive experience will allow whisky enthusiasts at all levels to build their knowledge of the category while also developing a deeper understanding of The Glenlivet.”

Should you choose to take The Glenlivet Code challenge, expect to shell out around $120 for this 48% ABV single malt whisky.