The multi-award-winning Speyside distillery said this expression joins its Wood Finish Series. It is presented at a natural cask strength of 55.4% and is a small-batch release initially matured in first and second fill American oak barrels. It is then re-racked for over two years, aging in Oloroso puncheons sourced by master distiller Billy Walker.

The whisky was bottled without added color and was not chill-filtered. The result, according to the brand, is an exceptional single malt with rich sherry-matured flavors and notes of sticky raisins, dark chocolate pudding, zesty orange and fresh espresso. 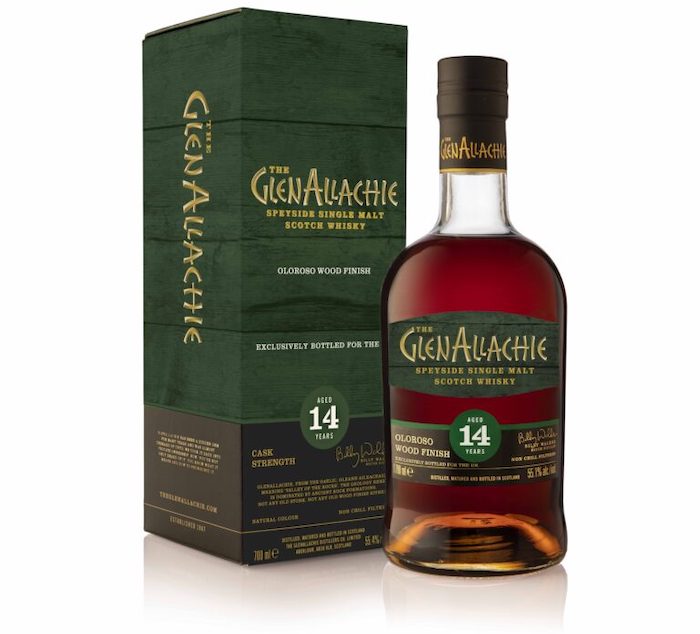 Walker has earned widespread acclaim for his wood management and blending expertise. He was inducted into Whisky Magazine’s Hall of Fame earlier this year for his 50 years in the industry.

“As soon as we acquired The GlenAllachie distillery, I knew exactly what direction I wanted us to take the liquid in; a single malt known for its bold, indulgent sherried character,” Walker said in a prepared statement. “This UK bottling is no different, with all those archetypal Oloroso tones you would expect – rich cocoa, cinnamon sticks, tangy orange and fresh ginger, all alongside a warming mocha depth. A sophisticated single malt that exemplifies the exciting direction that we have been taking The GlenAllachie in.”

The GlenAllachie 14-year-old Oloroso Wood Finish will be released in the U.K. for a recommended retail price of £89.99.

Official tasting notes for this 55.4% ABV, cask strength expression can be found below.