The GlenAllachie Distillery, nestled in Scotland’s Speyside region, is a more recent newcomer into the world of Scottish whisky. First founded in 1967, it was mostly used by its most recent owner Chivas Brothers/Pernod Ricard in blended whisky. The spirits giant recently offloaded the distillery to a new ownership team, who has announced plans to turn it into a single malt operation.

Billy Walker, Graham Stevenson and Trisha Savage, who came together as The GlenAllachie Distillers Company, are the team behind the now independent distillery. The three collectively have almost 100 years’ combined experience in the Scotch whisky industry. Walker in particular is noted for being the driving force at one time behind the BenRiach distillery and its siblings, which were sold to American whiskey company Brown-Forman last year. 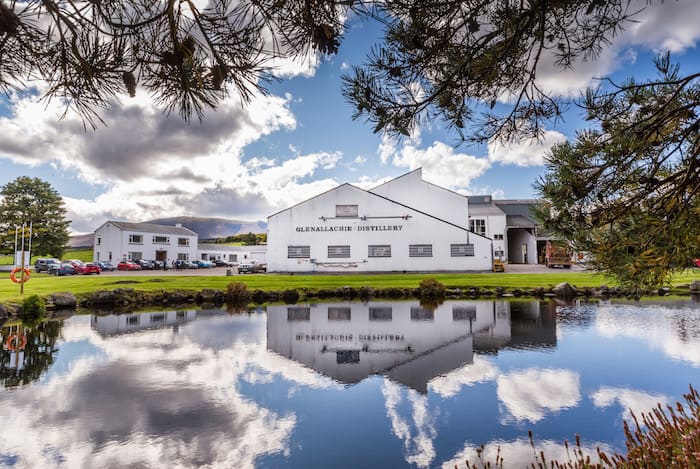 image via The GlenAllachie

The multi million pound acquisition, which includes MacNair’s and White Heather, a pair of blended Scotch whisky brands, will see ultimately the conversion of the various whiskies under it into what’s said to be a range of “premium quality yet affordable whiskies” that will stretch across different age statements. Bottlings specific to the GlenAllachie brand, for example, will stretch from a 10 year old to 25 year old. In the future, a range of single cask bottlings and special edition whiskies will also be developed.

“The GlenAllachie Distillery has been in good hands and I’m delighted to have the opportunity to become the custodian and continue the development as a single malt,” said Walker in a prepared statement. “At fifty years old, it may be one of the younger distilleries on Speyside but the range of casks we have warehoused is tremendous, with whisky dating back to the 1970’s. Our aim is to nurture this liquid, develop the single malt and a range of blends that will be admired both home and abroad.”

For those unfamiliar with this distillery, it was designed by William Delmé-Evans, the architect behind Jura, Macduff and Tullibardine, and built by Mackinlay McPherson, the distilling arm of brewers Scottish & Newcastle.  It sits within a 20 acre estate and uses water sourced from Hangman’s Craig and Black Banks on the slopes of Ben Rinnes. It has four stills but unusually it also has two separate spirit safes, one for each set of stills.