While these three whiskies vary extensively in region and notes, they also have some elements in common. Each is first matured in American Oak (Quercus Alba) ex-Bourbon barrels and then undergoes additional maturation for approximately 18 months (in their region-specific virgin oak casks). They are then non-chill filtered, maintain natural color, and bottled at 48% with a limit to around 1,100 cases of each. 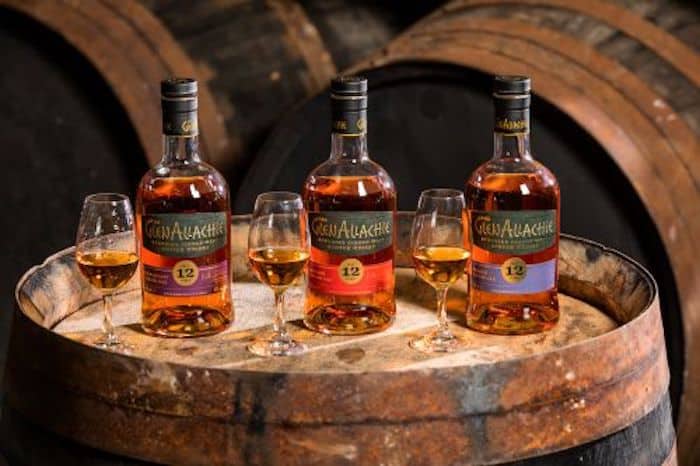 “With this new range, I wanted to explore and showcase the different range of flavors that can be created with different types of virgin oak,” explains Master Distiller Billy Walker in a prepared statement.

“Lots of people have matured or finished whisky in virgin oak before, but I wanted to take things further and explore what happens when you use different derivatives of virgin oak – for example with different terroir, different drying periods and different toasting and charring levels. There’s an understanding that good whisky matured in good wood makes something special. But I wanted to put good whisky in spectacular types of wood, wood with real history and unique characteristics.”

The Spanish Virgin Oak single malt is finished in hogsheads made of Spanish oak (Quercus Robur) sourced from the Cantabrian Mountains in Northern Spain which have a cooler climate and greater humidity than the rest of the country. The whisky is a rich bronze in color.

The French Virgin Oak, also rich bronze in color, goes a different direction. While the Spanish wood is air dried for 18 months, the French oak is air dried for 15 months and comes from the Haute-Garonne region near the Pyrenees Mountains. The Chinquapin Virgin Oak whisky is finished in casks from the Northern Ozark region in Missouri that are air dried for almost four years, delivering spicier flavors and aromas.

Each whisky in the Virgin Oak Series is available at a market price of £60, or close to $80 USD. You’ll find official tasting notes below for each.