Glen Scotia, one of the last remaining distilleries in operation in Campbeltown, Scotland, has put out the call for photographic evidence of their hometown’s whisky history.

Campbeltown once dubbed itself the whisky capital of the world, with more than 30 distilleries in operation in the port town. Glen Scotia is hoping to pay tribute to that storied past by asking folks around the world to share any photos that capture the industry’s peak of the mid-19th and early 20th centuries.

“The contribution Campbeltown has made to Scotch is incomparable and we are proud to continue to fly the flag for the region around the world,” Iain McAlister, master distiller and distillery manager at Glen Scotia said, in a prepared statement. “Whisky was a way of life in our coastal town for over 100 years and over time, all that experience, craft and passion has been poured into Glen Scotia. Now we are looking for photography that will help us uncover what makes Campbeltown the ‘whiskiest place in the world.’” 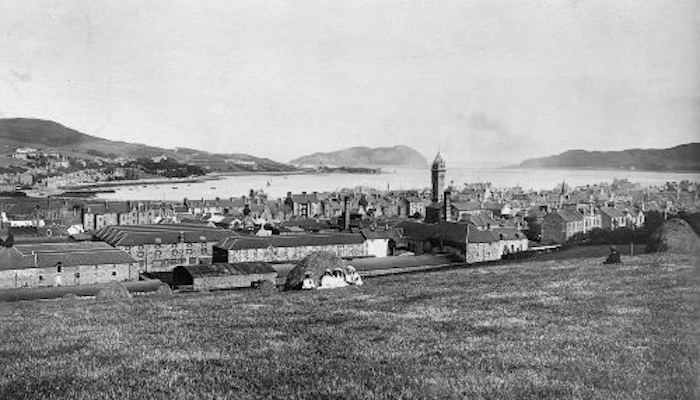 Campbeltown in the old days (image via Glen Scotia)

The plan is for the distillery to present a selection of these images during their virtual Glen Scotia Whisky Festival, which will feature online tours and socially distanced tasting. As well, Glen Scotia hopes to use these photos in their marketing efforts to draw attention to Campbeltown’s legacy as a hub for the whisky industry in Scotland.

This search for photographs comes not long after Glen Scotia began a campaign to have the UK Parliament declare Campbeltown the “whiskiest place in the world.” The motion did make it on to the desks of the MPs, where it was signed by 13 members (most of them members of the Scottish National Party) but it was tabled in June of 2019 and has yet to be reconsidered.

Anyone with digital or print photos to share are encouraged to submit them via email to [email protected] or through the mail to Glen Scotia, BIG Partnership, Fountain House, 1-3 Woodside Crescent, Glasgow, G3 7UL before March 31st.