The San Francisco World Spirits Competition recently unveiled the Best in Show at its 2021 competition: the Glen Scotia 25-year-old Single Malt Whisky. More than 3,800 entrants were ranked across 31 categories and the judges awarded the Scotch single malt whisky from Campbeltown, a small Scotch whisky region in Scotland, as the overall winner of the competition.

“To receive such outstanding recognition and be awarded as ‘Best in Show’ at this prestigious competition is an honour, and a tremendous boost to the entire team here at Glen Scotia distillery,” Iain McAlister, Master Distiller, Glen Scotia Distillery said in a prepared statement. “The Glen Scotia 25-Year-Old (70cl, 48.8% ABV) is a really outstanding whisky and has collected a number of prestigious awards over the years, but this has to be the absolute proudest moment for the distillery to date.” 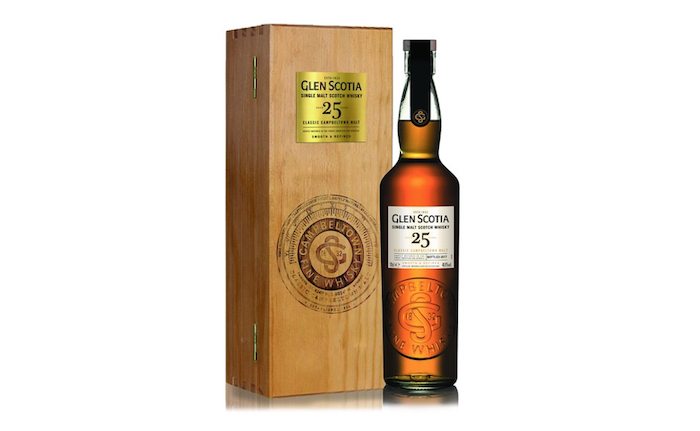 Campbeltown was known as “The Whisky Capital of the World” in the Victorian era, and was home to more than 30 distilleries. Now just three remain, including Glen Scotia Distillery.

Here are some official tasting notes, per Glen Scotia:

107
Shares
26.2k
Views
Share on FacebookShare on TwitterGet Our Newsletter
Read More Whiskey News
Whisky Review: Compass Box The Peat Monster
Cheers to the Dads! Personalize a bottle of his favorite whiskey to create a modern gift for the modern man. Use code: FATHERSDAY20 for $20 off your next order of $100 or more at ReserveBar