The Glasgow Distillery Company has been working, over the last several years, to build out its core range of Scotch single malt whiskies. So far two whiskies fill this range, including the Glasgow 1770 Original, launched in 2018, and the Glasgow 1770 Peated expression that debuted last year. Now a third whisky has been added to fill out this range, taking the form of a triple distilled single malt.

The new Glasgow Distillery Triple Distilled Release No. 1, according to those behind it, is made from malted barley and distilled three times in the distillery’s traditional copper pot stills. It is produced with the pure water of Loch Katrine, the distillery’s natural water source, and matured in virgin oak casks before ultimately being bottled at 46% ABV. 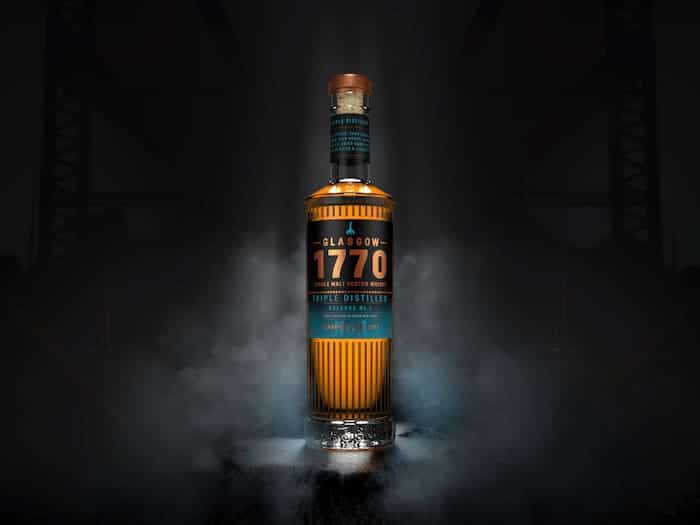 “We are thrilled to celebrate the launch of our first Triple Distilled whisky,” said Liam Hughes, Co-Founder of The Glasgow Distillery Company, in a prepared statement. “It has been a project of passion for everyone at the distillery and is truly a celebration of two of the essential elements in the whisky making process: the water and the wood.

“We’re incredibly fortunate that our natural water supply is from Loch Katrine, it gives such softness and purity to our whisky. We also have access to virgin oak casks of outstanding quality and have used these for the entire duration of this whisky’s maturation. The additional complexity and depth that this adds is exceptional and the marriage of these two elements, the water and the wood, is really apparent in this exciting new release which we are proud to add to the Glasgow 1770 Signature Range.

“It has always been our vision to create a core range of single malts that reflect differing production styles. Our vision was influenced by the original Glasgow Distillery, which was founded in 1770 and inspired the name for our range of single malts. After discovering that they produced unpeated, peated and triple distilled whisky some 150 years ago we set out to do the same for the modern whisky era.”

As its stands now plans call for Triple Distilled to price at £49, or around $60 USD. You’ll find some official tasting notes for it below, and it should be noted as well it is both non-chill filtered and of natural color.