Getting to Know Scotch Whisky: The Islands

Editor’s Note: This article continues a series of pieces we will have over the next few months focused upon the different major Scotch whisky regions. So far we’ve also touched upon the Highlands, Speyside, Campbeltown and the Lowlands.

In the world of Scotch whisky, “the Islands” refers to the whisky producing islands in the north and west of Scotland. These include the island of Mainland, the largest island in the Orkneys; the islands of Mull and Jura in the Inner Hebrides; Lewis in the Outer Hebrides; as well as the island of Arran, between the Campbeltown peninsula and the mainland, in the Firth of Clyde. The islands of Islay and Skye, also in the Inner Hebrides, are usually treated separately.

While the Islands are often seen as being quintessentially Scottish, from a historical standpoint they are the least so. The Kingdom of Norway controlled these islands until the thirteenth century.

There is no distinctive Scotch whisky style in the Islands. Peat has a long association with the whisky industry here, but the use of peat varies widely depending on the distiller. The seven distillers on the islands present a broad assortment of house styles, as a brief survey will indicate.

James Grant (Glen Grant distillery) took over Highland Park in the middle of the “whisky boom” of the late nineteenth century. He expanded the number of stills from two to four in 1898. The distillery has operated with four stills ever since. In 1937, Highland Park became part of Highland Distillers, who were absorbed by a 50/50 consortium of the Edrington Group and William Grant & Sons in 1999. 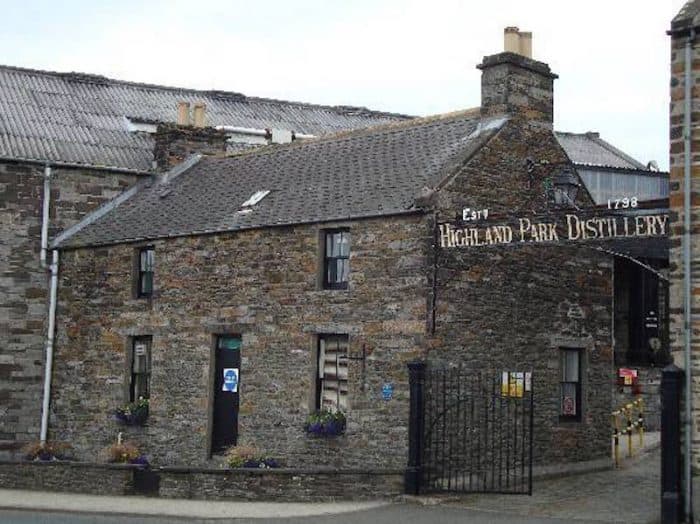 Highland Park is one of the few distilleries to malt its own barley, using locally cut peat. Part of its flavor comes from the heather used on the peat fire to help dry the malt, which imparts a delicate floral touch, resulting in the unique taste of all Highland Park expressions. The malt is peated to a level of 20 parts per million phenol and then mixed with unpeated malt produced on the Scottish mainland.

It is also one of the ingredients of The Famous Grouse blend. In 1984, Highland Park was the only whisky ever to have scored a rating of 100 percent by the regular tasting team of The Scotsman, a national newspaper of Scotland. It has received unparalleled encomiums. Noted whisky critic Michael Jackson called it, “The greatest all-rounder in the world of malt whisky.”

Scapa distillery is located half a mile south of the Highland Park Distillery. It produces an especially honey-sweet flavored whisky, decidedly less peaty than most island whiskies. Scapa is the inspiration of Ballantine’s Scapa Edition. Over 40 different malt and grain whiskies, sourced from all over Scotland, are blended together to produce Ballantine’s 17 YO Signature Distillery Scapa Edition. This is a 43% ABV blended Scotch that has Scapa malt as its core.

The house style of Scapa emphasizes a rich, sweet aroma followed by a burst of fruit and floral flavors featuring sweet orange and peach notes. On the palate the whisky is incredibly smooth, creamy, and luxurious.

The Tobermory distillery is the only distillery on the island of Mull, due north of Islay and the isle of Jura, and was initially named Ledaig. The brand name “Tobermory” is used for all their unpeated malt whisky, while the lightly peated whisky is sold as “Ledaig.” The malt whisky produced on Mull is first shipped to the Deanston distillery on the mainland for filling into casks, and then transported to the Deanston Distillery warehouses for maturation. Tobermory is a distillery that is often affected by drought, which dries up its water source. This occurred in both 2012 and 2013. The distillery shuts down for up to two months in a drought-affected year.

Ledaig 10 YO (46.3% ABV)
Nose: quite light and well balanced. A very soft peat with a gentle smoke. Aromas of barley and malt extract with walnut and pine oil and a hint of iodine with notes of dried fruit and nuts. The palate is medium-bodied and quite rich. There are notes of spice and smoke gathering above the charred oak. The peat is subtle and dry with a touch of black pepper and earth. The finish is of medium-length and slightly smoky with spice.

The other expressions from this distillery are the Tobermory 10 (46.3% ABV) and Tobermory 15 (46.3% ABV), which are unpeated. Burn Stewart Distillers now owns the Tobermory, Ledaig, Black Bottle, Bunnahabhain, and Deaston brands. It has been raising the ABV (46.3% ABV), creating new glass bottles and promoting non-chill-filtering for its brands.

Tobermory 15 YO Scotch (46.3% ABV)
This is an excellent, virtually unknown, Scotch whisky, offering complex aromas and excellent balance. It has superb mouth feel with pronounced sherry and a honey, raisiny, taste, with spice, candied citrus, and a hint of cedar and smoke on the finish.

Arran hosts a single eponymous distillery near its only town of Lochranza. It opened in 1995. A number of different versions of the Arran whisky became available to the public around 2005. The only widely available expression was the NAS version (no age statement), released for the first time in 1998. Arran distillery didn’t have its own malt mill until 2007, which meant they had to purchase ready made grist from the mainland. 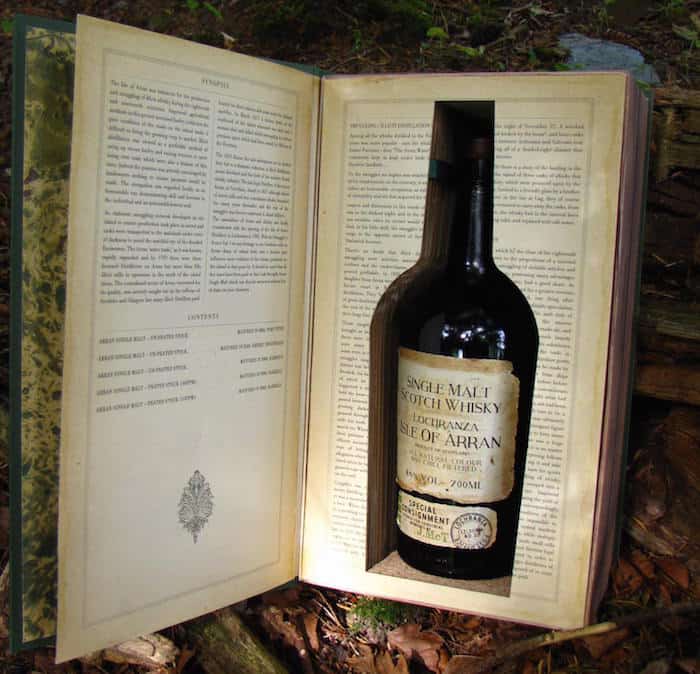 An Isle of Arran bottling (image via Arran)

In 2007, a malt mill was installed; Arran distillery now purchases their malted barley from the east coast, but everything else (except the bottling) is now done on the island. Over 20 different expressions are on the market today, including whiskies “finished” in Marsala and Moscatel de Seutbal casks.

The Arran 10 YO (46% ABV)
Nose is herbal, straw, with biscuity aromas. Develops a fruity, vanilla touched, woody, with a hint of digestives in the middle, and ends with a long, complex finish.

The original Jura distillery of 1810, the only one on Jura Island, was closed in 1918, and rebuilt in 1963. One of the forces behind the rehabilitation was whisky blender and merchant Charles Mackinlay & Co. It was bought by Invergordon, who later sold out to Whyte & Mackay. The India based United Spirits Ltd bought Whyte & Mackay in 2007. The company was subsequently sold to Philippine beverage company Emperador in May 2014, following the takeover of United Spirits by Diageo.

Historically Jura was a peated malt very similar in style to its cousins on neighboring Islay. Following its resurrection in 1963, the various expressions were produced in a lightly peated style. Beginning with the “Prophecy” bottling, Jura returned to its heavily peated roots. The distillery’s range of expressions now vary from lightly to heavily peated, with a delicate sweet, honey touch, and subtle marine notes in the background.

The Abhainn Dearg (pronounced Aveen Jarraek) is the first legal distillery in the Outer Hebrides since 1829. It was established in 2008. A handful of special limited edition 3 YO bottlings have been released, but they are virtually impossible to find. The first official release will be a 10 year old bottling scheduled for 2018.