Fettercairn Distillery, the Scotch whisky producer that has been going strong since 1824, have introduced their first-ever series of small batch single malts. Dubbed “The Warehouse Collection,” these new releases pay homage to the 14 locations that Fettercairn uses to mature their whisky.

“For some time, I’ve wanted to share the secrets and treasures which lie within our unique dunnage warehouses at Fettercairn,” says whisky maker Gregg Glass, who is overseeing this new series, in a prepared statement. “We’ve had the opportunity to create something quite special with this new collection that celebrates the treasure trove of beautiful casks we have at Fettercairn.” 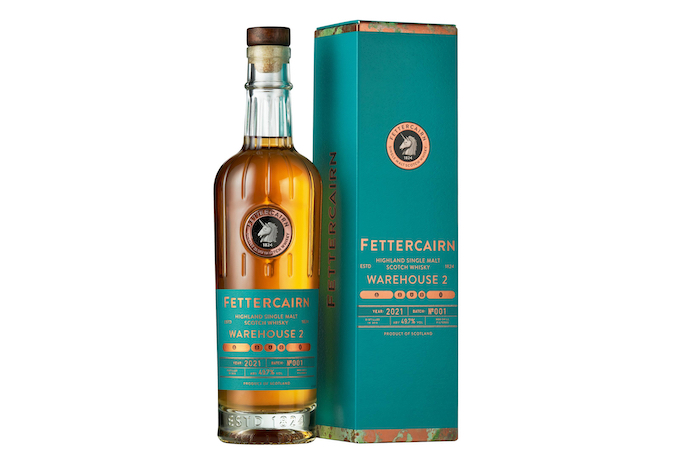 These casks have been maturing since 2010 in Fettercairn’s Warehouse 2, where, according to the distillery, “high humidity combined with a relatively cool and temperate environment makes its mark on the maturing spirit.” Official tasting notes are below.

“I’m looking forward to whisky drinkers discovering these for themselves,” Glass continued. “The collection means we can also continue to build on the long history of experimentation and exploration at Fettercairn, which sits firmly at the heart of the series, whilst also starting to reveal what might come next from the distillery.”

Limited to 3,600 bottles, the 49.7% ABV Fettercairn Warehouse 2 Batch No. 001 will be making its way onto the shelves of U.K. and E.U. retailers this month, with an SRP of £55 (about $77 USD). The distillery will be releasing the second release in this series later this year.

Taste: The alluring aromas are immediately transferred onto the palate as creamy coffee latte, tangy grapefruit segments, spicy apple tart laced with cinnamon and Turkish Delight take centre stage. However with a small edition of cool still water this helps to release another layer of exuberance with warming flavours of Devonshire fudge, vanilla cake, maple syrup and fresh clementines. A compelling whisky of genuine charm.