Spirits giant Diageo has a thing for flare and mystery when it comes to its global whiskey portfolio it seems like. The most obvious consideration in this regard is the Orphan Barrel series, a line of older bottlings that in the past reportedly had been found lying around dusty old warehouses. This concept, in a way, has now expanded to its Scotch side of operations with the new Forgotten Drop series.

The Diageo Forgotten Drop series, according to those behind it, will include limited edition whiskies “drawn from reserves uncovered by The Singleton’s Master of Malts Maureen Robinson.” The Singleton of Glendullan is a Diageo owned Scotch distillery located in Scotland’s Speyside region and founded in 1897. 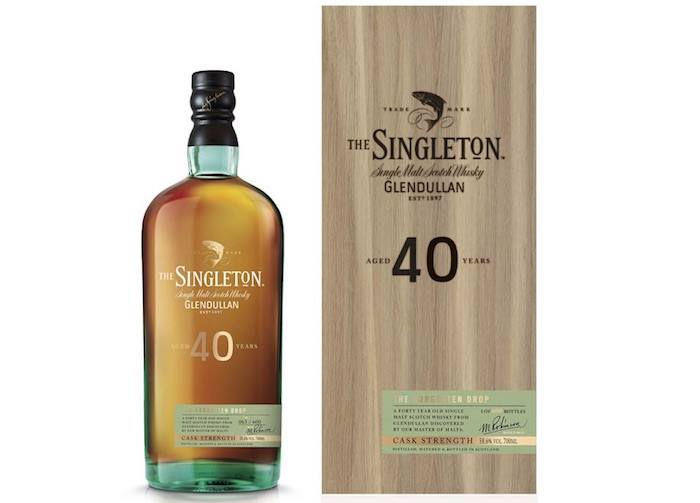 The initial release for this series is the The Singleton Glendullan 40 Year Old, which is being pushed exclusively to travel retail outlets in the Singapore Changi and Taiwan Taoyuan airports in Asia. It is a 600 bottle release that’s been bottled at 58.6% ABV and will sell for $2,300 USD.

“The Singleton Forgotten Drop Series is an exciting collection to curate,” said Robinson in a prepared statement. “We have been exploring the deepest corners of our warehouse to find hidden treasures that, due to the stocks, we could never release widely. The amount of time these liquids spent maturing in this type of cask makes it so precious. It’s whisky for whisky lovers and The Singleton Glendullan 40 Year Old is a stunning liquid to launch with.”

Limited official tasting notes from the distillery suggest that this whisky, having been aged exclusively in refill American oak casks, “brings subtle, honeyed hints that complement the distillery’s signature sweet vanilla and orchard fruit flavors” and that “the result is an outstanding and hugely rewarding expression with a sweet and spicy profile featuring hints of honey and a gingery sweetness, finishing with a spiced, lightly salted nutted oak.”