Diageo’s Orphan Barrel line up recently had released into it its second single grain Scotch whisky, the Muckety-Muck 25 Year Old from the historic Port Dundas Distillery.

Set beside the canal on a hill overlooking the city of Glasgow, Port Dundas was a prominent local landmark established in 1810 that produced two centuries worth of what’s seen as notable whisky. Although Port Dundas closed its doors in 2010, there are a few select remaining stocks that allow a glimpse into the past of one of Scotland’s most historic distilleries.

Port Dundas was also once home to a piggery with hundreds of pigs. One prized pig in particular, Muckety-Muck, is said to have won over passersby with his decorated wall of medals in the breeding shed. In turn, that pig inspired the name of this limited edition release that follows upon the heels of a 24 year old offering under the same moniker. 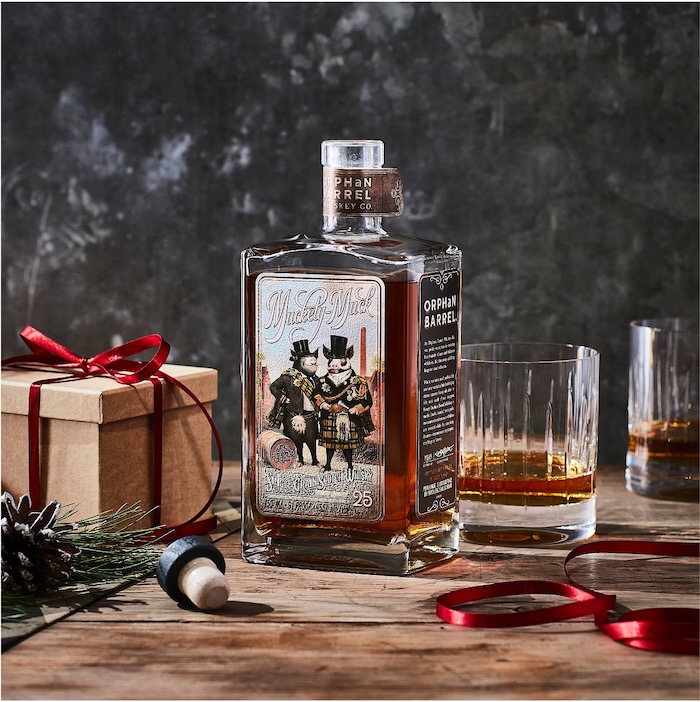 Six variations of the bottle label are available, with Muckety-Muck himself boasting a Scottish tartan sash in either red, green, blue, gray, orange or yellow, making the range of label variations a collectible keepsake.

The distiller’s notes show that the aroma of Muckety-Muck 25 Year Old starts with a burst of caramel and notes of baked sugar backed by the taste of crisp fruit and light toasted oak. The fruit-forward flavor is blended with hints of butterscotch vanilla which carry through to the finish.

The bottle is available in limited quantities at select spirits retailers nationwide with a suggested retail price of $249.99 for 750ml.

For more information on Orphan Barrel Whisky, check out orphanbarrel.com.