Dewar’s Scotch Whisky recently announced the launch of its “Japanese Smooth,” named for the blending of two whisky making cultures and traditions from Scotland and Japan in a single bottle.

This latest edition of the Dewar’s Cask Series features Dewar’s eight-year-old Scotch whisky which is then finished in Japanese Mizunara Oak casks for six months.

The distiller describes the resulting whisky as having subtle floral honey and heather notes along with complex sandalwood aromas on the nose followed by cinnamon spice on the palette. This they said is a result of the porous qualities of the rare, 200-year old Mizunara oak tree variety, also known as the “water oak,” which is used for the Dewar’s cask finish. 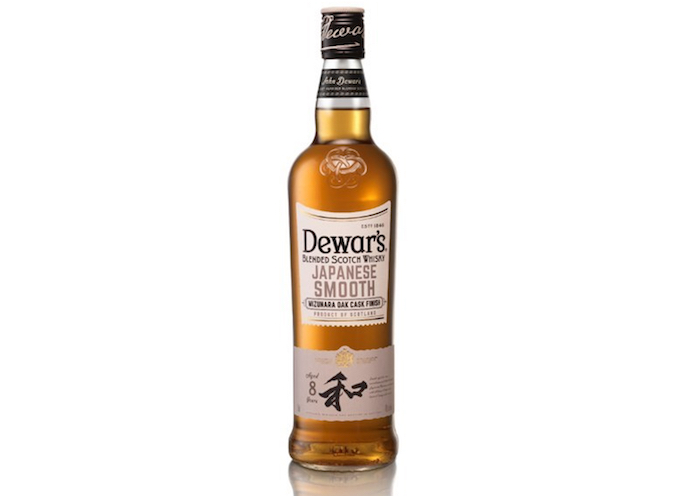 “The guiding principles in the creation of this whisky were balance and smoothness,” said Stephanie Macleod, master blender for Dewar’s, in a prepared statement. “This Mizunara finish enhances the signature Dewar’s heathery floral honeyed notes while subtly imparting complex woody notes of sandalwood and cinnamon spice. It is an indulgent and pleasurable whisky with a rare breadth and depth of complex and subtle flavors.”

“We believe this is too good a whisky to keep it to a ‘limited edition’ issue and thus far the world’s leading whisky connoisseurs would seem to concur,” he said.

Dewar’s Japanese Smooth 8-year-old Mizunara Oak Cask Finish clocks in at 80 proof and is  available now in a 750ML bottle with a suggested retail price of $24.99.

Below is a cocktail recipe for a Japanese Smooth version of a highball.

Method: Add whisky to chilled highball glass filled with ice spears. Stir and gently top with chilled soda water. Place a bar spoon under the ice and stir a few times, being careful not to over stir. Spray with the aromatic oil of the orange twist, and garnish.