The 121st U.S. Open Championship, scheduled for June 14-20, 2021 at Torrey Pines Golf Course in San Diego, California, will be the first leg of the U.S. Open that Dewar’s will be served at.

“Dewar’s blended Scotch whisky, like the game itself, can trace its prestigious lineage to the windswept dunes and lush valleys of Scotland,” said Mike Davis, CEO of the U.S. Golf Association, in a prepared statement. “It’s an honor to partner with an iconic brand with a rich history that is often associated with the game. We look forward to collaborating with Dewar’s on new experiences for U.S. Open Championship fans.” 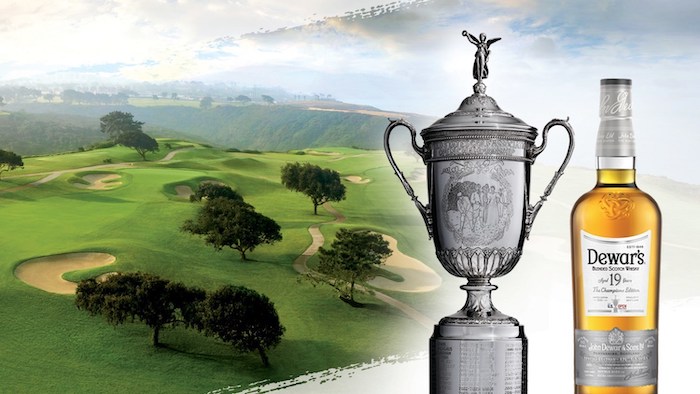 The new Dewar’s US Open whisky (image via Dewar’s)

Dewar’s will produce a special limited-edition commemorative bottle each year, the first being a 19-year-old blended Scotch whisky double-aged and finished exclusively in what’s described as the finest first-fill American ex-bourbon casks for the 2021 season. A portion of the proceeds will go to the benefit of the U.S. Golf Association Foundation.

“Dewar’s and the U.S. Open Championship share many of the same values rooted in a passion for the game and an embrace of its spirit of sportsmanship, authenticity and camaraderie. We are truly delighted to partner with the U.S. Open Championship to bring exciting and memorable experiences to fans around this special event,” commented Brian Cox, Vice President of Dewar’s North America.

The commemorative bottle is scheduled to be released in the last week of May and will be available from the lead-up to the championship until the final round on Father’s Day.