Compass Box’s Menagerie Blended Malt Whisky Arrives In The US

Compass Box recently announced the arrival of its latest limited edition Menagerie Blended Malt Whisky in the United States after first debuting it overseas. It is described as an exploration of Scotch whisky’s wilder side and has a 46% ABV and just 7,741 bottles being distributed globally.

“Scotch whisky has a huge variety of flavor profiles – when whiskymaking, we pay attention to those parcels that deviate slightly from fruity, floral and spicy – ones that taste that little bit wilder than others,” Saxon said in a prepared statement. “And it is these strange and beautiful creatures that we have brought together to create our Menagerie.” 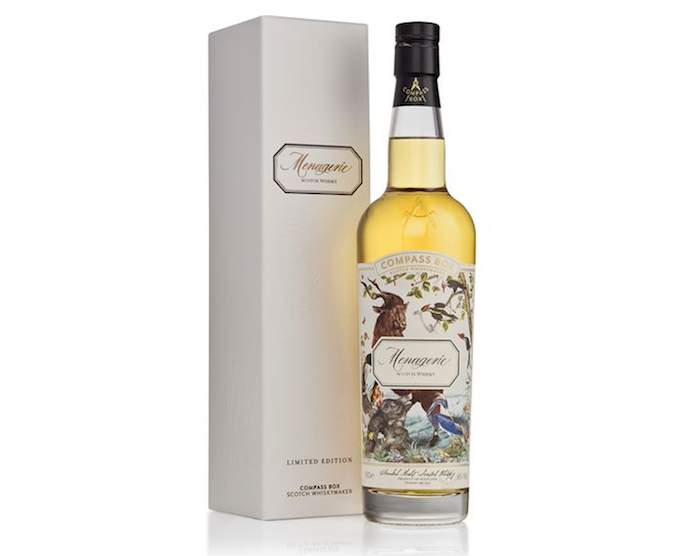 The distillery says of this release that the Menagerie Blended Malt Whisky has a complex aroma of baking spices, leather, tar and musky fruits. The palate is full of more fruit, white oily smoke and forest floor notes.

It will be sold at a suggested retail price of $120 at fine spirits retailers beginning this month.

Compass Box is a Scotch whiskymaker focused on a mission of reinventing Scotch whisky. Every new blend is designed to help make the world of whisky a more interesting place. They have, along the way, collaborated with some of the world’s top bartenders and designers to push the boundaries of what is possible in the whisky world.

The distillery has won several awards for its commitment to innovation and successful experimenting. The whiskymakers said that whiskies must be experienced, and that vision motivates them every day.