Independent Scotch whisky bottler Compass Box, as it celebrates its 20th anniversary this year, has among its different offerings Peat Monster, a peaty blended expression. Tied to its anniversary it has now taken this bottling in a new direction, offering up a French oak influenced variant.

The new Peat Monster Arcana, according to those behind it, is a cask strength version of the regular Peat Monster that was further matured in three French oak custom casks for over two years. It was then blended with malt whiskeys from “the Talisker, Miltonduff and Ardbeg Distilleries in order to complement the richly spicy and more subtly smoky profile that developed.” 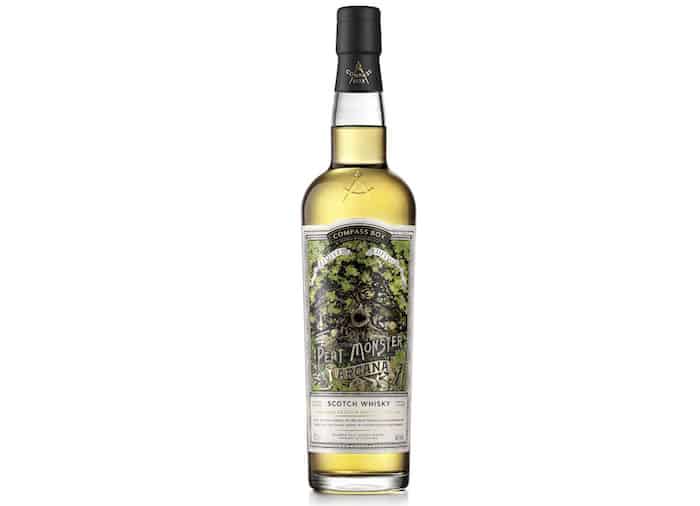 “We have been experimenting with French oak since the early days of our company,” said Compass Box Founder and Whiskymaker John Glaser in a prepared statement. “Peat Monster Arcana is the first Compass Box to feature smoky whiskies matured in French oak. We’re delighted to be able to build on this experiment in our 20th anniversary year and we hope dedicated fans of The Peat Monster discover a new side to this charismatic whisky.”

Plans call for this Scotch, with 8,328 bottles being released globally, to price around $95 per 750 ml bottle. It is bottled at 46% ABV, of natural color and non-chill filtered. In terms of serving it, it is said that one should “explore how the addition of water or soda reveals new textures, or discover how its sweet smokiness reacts with creamy blue cheeses.”