Canvas Blended Malt Scotch Whisky was aged in Vino Naranja casks, which resulted in intense citrus oil and honeyed oak notes, according to official tasting notes. Vino Naranja is a fortified Spanish wine from the Condado de Huelva (in southern Spain) to which orange peel is added to the cask for a portion of the wine’s aging process. Notes of ripe fruit, honey, vanilla, cocoa powder, oak, and a marmalade stickiness can also be found in the bottling.

“For us, whisky making is an artistic process, and the whisky is our canvas,” whisky maker James Saxon said in a prepared statement. “Canvas achieves a delicious level of boldness thanks to part-aging in the Vino Naranja casks, filled as an experiment in 2018. We wanted this release to embody the spirit of its creation and inspire sippers to indulge in their own artistic adventures.” 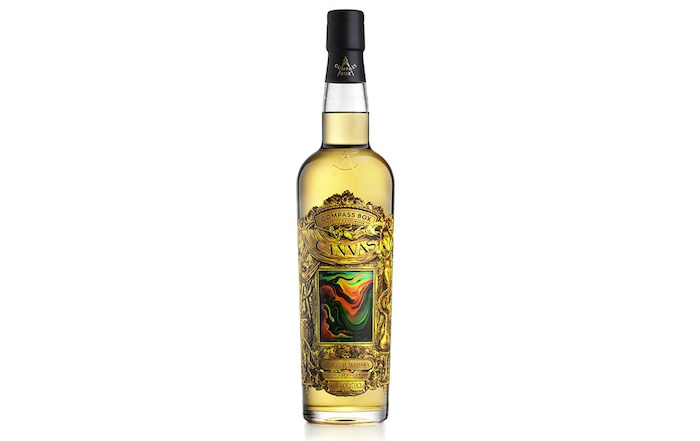 Founded by John Glaser, Compass Box has collaborated with some of the world’s most visionary bartenders and designers, as well as won multiple awards for their creations. For the bottle’s design, they teamed with designers Stranger & Stranger, who drew inspiration from the Renaissance-era use of trophy frames for Canvas’ label.

Consumers will have the opportunity to use the bottle’s QR code to create their own label for the bottling, which will link to a template where they can put a photo, sketch, poem or other work of art within the frame and then print the personalized label, as well as share it to the brand on social media by tagging them and using #compassboxcanvas.

Canvas Blended Malt Scotch Whisky (46% ABV) will be available in the U.S. beginning September 1, from ReserveBar, Flaviar, and other e-commerce retailers. 5,880 bottles will be released worldwide for a suggested retail price of $150.