Column: 6 New Scotch Distilleries With Their First Whiskies To Market

Over the last few weeks, things have been looking rosier for the Scotch whisky industry following a number of challenges inflicted by a combination of Brexit, tariffs from the U.S., and the coronavirus. Over the last year, distillery visitor centres have been closed down, sales were heavily affected, and punishing U.S. tariffs also took their toll.

However, more recently things have been looking more optimistic. Distilleries are opening up again to visitors, and those U.S. tariffs have now been suspended for five years by the Biden administration.

Coronavirus also hasn’t stopped a few plucky new distilleries from releasing their first whiskies, so here’s a quick list of the new operations that have managed to do so. All of them are worth following and trying if you get a chance to taste some of their first whiskies. 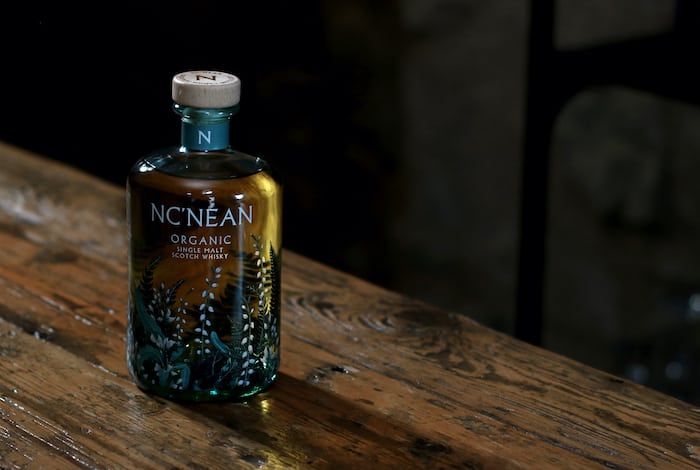 In alphabetical order, here’s some of the new kids on the block and what they’re up to:

Owned and built by independent bottlers Adelphi, Ardnamurchan’s early spirit releases sold well ahead of the launch of its first official single malt, a 6 year old consisting of a mix of peated and unpeated malt matured in bourbon and sherry casks. Using blockchain technology, customers are able to get a full record of how the whisky was produced and the provenance of its ingredients. It’s also an impressively green operation. Ardnamurchan is powered by a hydroelectric generator and biomass boiler while draff and pot ale are re-used as animal feed and agriculture fertilizer.

This micro distillery is located within the grounds of Dornoch Castle and produces 20,000 litres of pure alcohol a year. Don’t let its size fool you. Brothers Simon and Phillip Thompson, who are also highly respected independent bottlers, know what they’re doing. They’re using floor-malted organic and heritage varietals of barley and unusual strains of yeast for fermentation, which is surely leading to some truly special and unusual flavor profiles. They also quietly released just 893 bottles of their first whisky, sourced from a single sherry butt, which were quickly snapped up by eager whisky fans.

The first written reference to Scotch whisky comes from a document from 1494, referring to how Friar John Cor paid taxes in order to distill ‘aqua vitae’ at Lindores Abbey in Fife. The abbey now hosts a distillery once more and is producing whisky. Its first release, which just came out, consists of 12,750 bottles, sourced from a combination of ex-sherry, ex-wine, and ex-bourbon casks.

Nc’Nean got some serious attention when its first ever bottle of whisky broke records to sell for over £40,000 as part of a charity auction. Located in the Western highlands town of Drimmin, the distillery has since released its flagship Organic Single Malt and has become a rightly lauded case study of what sustainable whisky production should look like. The whisky itself is a combination of bourbon and STR red wine casks, creating a style that combines herbal and citrus dessert notes.

For years, the remote distillery of Raasay (located on the Hebridean isle of the same name) teased whisky fans with its ‘While We Wait’ releases, lightly peated expressions created to its specifications by the Loch Lomond distillery. Now able to release its own whisky, its limited edition inaugural release was matured in first fill Tennessee whiskey casks and finished in Bordeaux red wine barrels. It’s more widely available flagship single malt combines peated and unpeated whiskies matured in ex-rye whiskey and red wine casks, as well as Chinkapin oak.

Torabhaig’s inaugural release made big waves in the whisky world and rightly so. It’s one of the best 3 year old whiskies I’ve ever tried and it will certainly rival its fellow Skye distillery Talisker for quality (if not quantity as it’s a bit smaller) as it continues to release new whisky. It’s heavy, peated, oily stuff. The next iteration is coming out this month. Its owners, Mossburn Distillers, are also working on a grain distillery in the Scottish lowlands.