Bruichladdich, the Scottish distillers that have been in operation for the better part of 140 years, recently announced their latest release: Bruichladdich Islay Barley 2012.

This eight year old, unpeated single malt whisky was produced using barley grown by a group of eight farmers from across the island of Islay and matured in a combination of first-fill American oak barrels and French wine casks. The new expression replaces the distiller’s 2011 release, which was part of their ongoing barley exploration range. 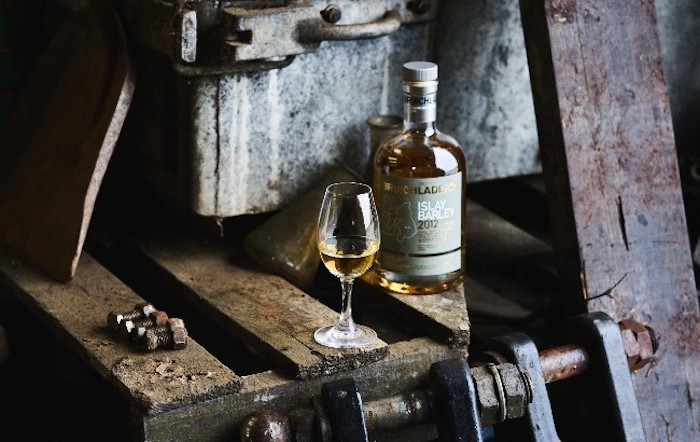 “The components at work in this whisky come together to tell the story of where this whisky is from,” Bruichladdich’s head distiller Adam Hannett said, in a prepared statement. “It speaks of its place in the world with honesty and openness – Islay grown barley, Islay distillation, and Islay maturation. There’s honesty and pride at the heart of this single malt.”

Since Bruichladdich was resurrected as a brand in 2001, the distillers have been working with farmers throughout Islay, encouraging them to grow malting barley. An effort that started with one farm in 2004 has grown to 19 farms in 2020, which supplies nearly half of the distillery’s barley needs. The barley used for this new release was grown in 2011.

The 50% ABV Bruichladdich Islay Barley 2012 is available now through the distillery’s website and will be on the shelves at specialist retailers starting this month with an SRP of £55 (about $76 USD). Official tasting notes are below.