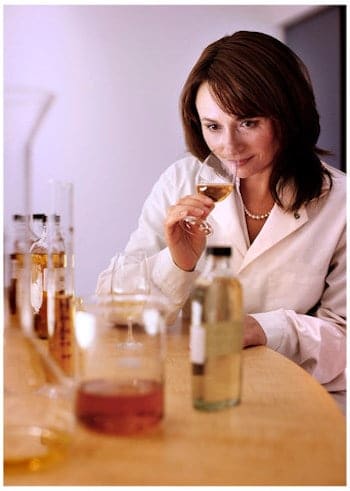 Brown-Forman, as it looks to expand itself beyond its American whiskey roots, has been making a few bold steps in the last couple years in both Ireland and Scotland. In the latter region it acquired BenRiach, which included in its stable The GlenDronach, BenRiach and Glenglassaugh distilleries and their associated whiskies. Now it has brought on some serious talent to shepherd these properties along in the form of Rachel Barrie.

Barrie, for those unfamiliar with her, has a long and illustrious career as one of Scotland’s more well regarded whisky makers. She most recently spent five years working as master blender for Morrison Bowmore Distillers, leading whisky creation for a range of this brand’s properties, including Bowmore, Auchentoshan, Glen Garioch, Laphroaig and Ardmore.

Prior to this she worked over at Glenmorangie for some 16 years, eight of which were spent as whisky creator and master blender for Glenmorangie and Ardbeg single malts as well as James Martin’s and Bailie Nicol Jarvie blended Scotch whiskies.

Barrie will be replacing Billy Walker, who helped grow BenRiach prior to its acquisition by Brown-Forman. He will continue to support the distilleries for the time being, sharing “his whisky expertise throughout the transition.”

“We are very pleased that Rachel Barrie is joining our team and will continue the excellent Scotch whisky-making tradition fostered by the venerable Billy Walker,” said Alex Alvarez, chief production officer for Brown-Forman, in a prepared statement. “We take great comfort in knowing that Billy will continue with our team over the coming months to ensure a smooth transition for Rachel.”