Bowmore Wants to Put a $30,000 Scotch Whisky Under Your Tree

As we roll into the last month of the year, thoughts for many turn towards the holiday gifts we will give to loved ones. This extends into the world of whisky, where there are bottlings for all price points to be had. At the higher end of this spectrum sit super expensive offerings like the freshly announced Bowmore 1966 50 Years Old.

The Bowmore 1966 50 Years Old, according to those behind it, is said to be “a rare and refined whisky from a golden year in Bowmore’s heritage.” Only one cask of of it was set aside in 1966 – the same year that Bowmore single malt Scotch was first officially bottled. It sat aging in the distillery’s N0. 1 Vaults maturation warehouse for half a century, watched over by onetime distillery manager Eddie MacAffer, and has now produced only 74 bottles. 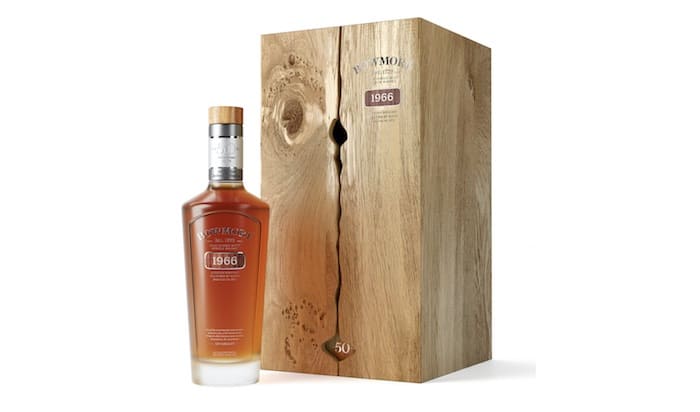 Notes from the distillery indicate this Scotch, bottled at 41.5% ABV, will cost $30,000. It comes presented in a handmade crystal decanter with sterling silver adornments and is housed in a hand crafted cabinet made from Scottish oak. At the center of the each cabinet lies five hand laid silver tree rings depicting the five decades of the vintage’s maturation.

“To this day Eddie MacAffer is renowned at the Bowmore distillery for his passion and knowledge, which he so proudly showcased throughout his 50 years at the distillery,” said David Turner, current Bowmore distillery manager, in a prepared statement. “I am honored to celebrate such a pivotal year in Bowmore’s history and launch this incredible whisky, which was not only nurtured by Eddie himself but also created the very year Eddie joined us.”

The Bowmore 1966 50 Years Old demonstrates the rewards of our meticulous aging process and proves the unparalleled quality of the whiskies coming from our passionate and dedicated distillery team. This single malt whisky is set to be treasured among Bowmore fans and will undoubtedly build upon Bowmore’s legendary collectors status.”

You’ll find official tasting notes for the Bowmore 1966 below for your consideration. It follows on the heels of other higher end releases from this distillery over the years, including Black Bowmore 50 Year Old and Bowmore 1961 50 Years Old.

It has been aged for 50 years in a single ex-bourbon hogshead cask, developing a complex flavor and beautiful golden amber hue. On the nose, Bowmore 1966 50 Years Old offers elegant bursts of lychee, pineapple, and watermelon, developing into light floral notes and a dry finish on the palate. It is perfectly balanced with a silky whisper of smooth syrup.