The rare single malt whisky was distilled in 1989 and aged in sherry hogsheads and bourbon barrels within the distillers’ Bowmore No. 1 Vaults. The 30 Year Old will be selected from only two casks each year and bottled at cask strength with a ABV of 45.3%. 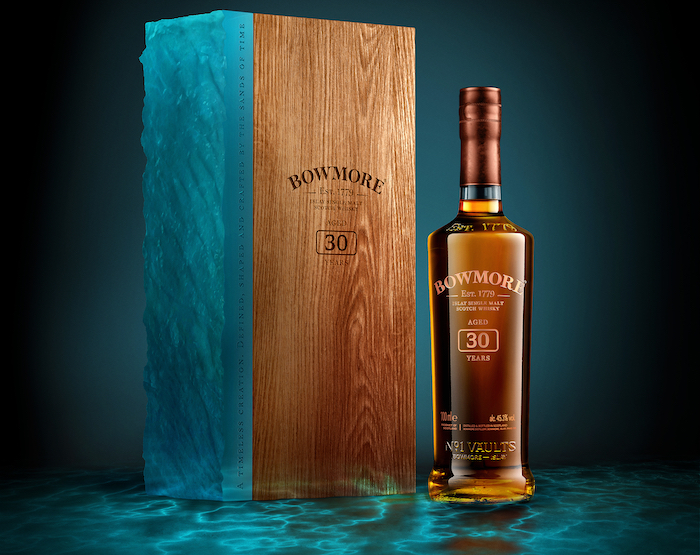 “By adding an ongoing 30 Year Old Bowmore to the portfolio, we are able to showcase how vital the length of time spent in casks shapes and influences our spirit, making it even more exceptional and full of character,” Bowmore distillery manager David Turner said, in a prepared statement. “Each annual release will tell the rich story of Bowmore, but importantly each will have their own unique style and character.

“As for this release, this is another perfect example of classic Bowmore but with boundless depth and intrigue reflecting the long standing interaction of spirit and wood.”

Bowmore was founded in 1779 and stands as the oldest licensed distillery on Islay, the southernmost of the Hebrides Islands off the southwest coast of Scotland. Bowmore 30 Year Old joins the company’s other range of releases for the U.S. market, including Bowmore 12 Year Old and Bowmore 25 Year Old. The distiller also recently announced a very limited edition release: Black Bowmore DB5, a rare 1964 single malt available in a run of only 25 bottles.

Scotch whisky fans will have marginally better luck tracking down the new Bowmore 30 Year Old as 2,580 will be available around the world. This new release doesn’t come cheaply though: SRP for each bottle is $2,500 USD. Official tasting notes are below.