Scotland’s Benromach Distillery was originally built in 1898 and is located on the outskirts of the ancient market town of Forres. It was acquired by the Urquhart family, who are known normally for being the clan behind independent bottler Gordon & MacPhail, back in 1993. Following a five year renovation, it was reopened back in 1998.

As an older distillery it has what one would assume is some incredibly old whisky stock sitting around, and now the distillery team there has tapped some to release a half century old single malt.

The new Benromach 50 Years Old, according to those behind it, is a single barrel offering, having been drawn from distillery cask number 2003, an-ex sherry hogshead laid down back in 1969. It is an extremely limited release, with only 125 higher end decanters housed in special packaging being made available. 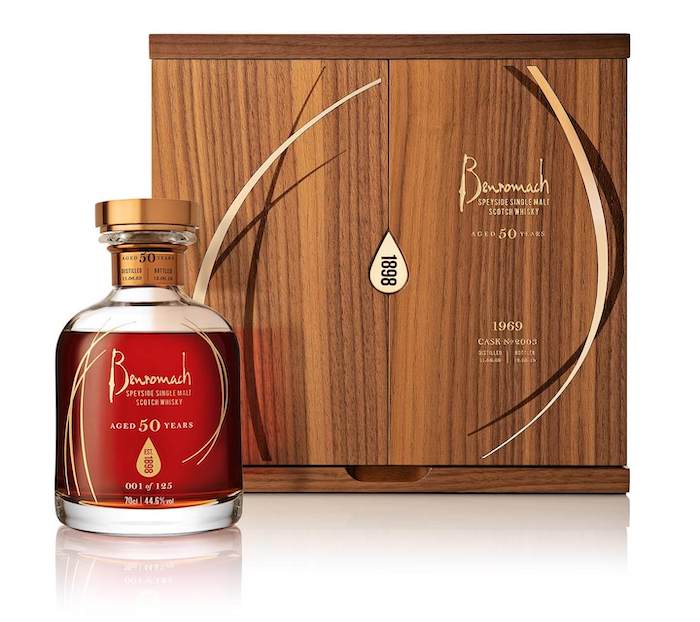 “Benromach 50 Years Old is the oldest expression in our current range,” said Keith Cruickshank, Benromach Distillery Manager, in a prepared statement, “and was carefully crafted by my predecessors using many of the timeless methods that we still use at Benromach Distillery to this day, with an unwavering focus on sourcing the finest Scottish barley, drawing the purest local spring water and relying on the expertise and senses of our distillers to create a spirit that’s truly handcrafted.”

Plans call for a world wide release of this Speyside whisky, with a price point of $10,000 USD. You’ll find official tasting notes for it below for your consideration from the distillery.