The Scotch whisky distilleries of BenRiach, GlenDronach and Glenglassaugh were acquired a couple of years ago now by American whiskey company Brown-Forman. One of the perceived benefits of this acquisition was access to greater resources for talent and monies to accomplish certain goals, such as putting more whisky to market. We’ve seen this happen already through the return of the popular GlenDronach 15 Year Old Revival, and now BenRiach gets its turn via the reintroduction of its 12 year old sherry wood bottling to its core range.

The BenRiach Sherry Wood Aged 12 Years, according to those behind it, is a sherry bomb of a whisky in that it was made using three styles of sherry cask maturation: full sherry cask maturation, combined with Pedro Ximénez and Oloroso sherry cask finishing. The result is a desert friendly Scotch which was one of five BenRiach expressions to win gold at the San Francisco World Spirits Competition 2018. 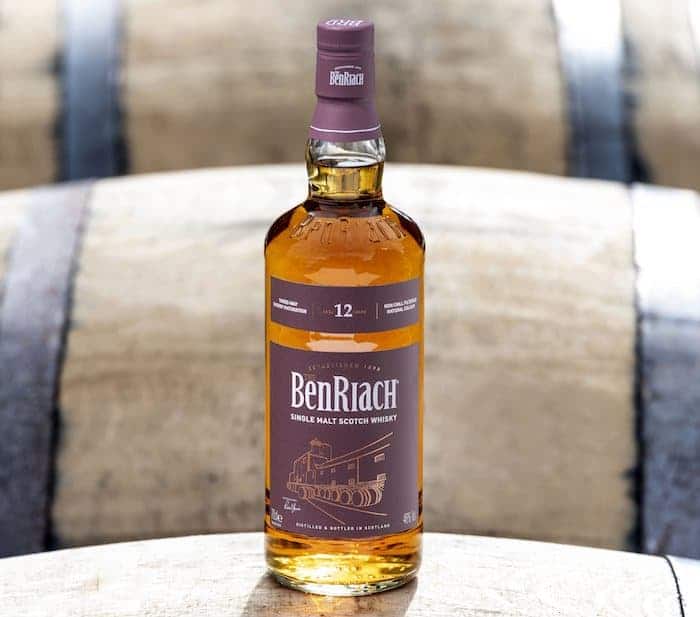 “This luscious Single Malt Scotch Whisky takes pride-of-place in the award-winning range made by our unconventional Speyside distillery.”

Plans call for this 12 year old, bottled at 46% ABV and both of natural color and non-chill filtered, to be available globally from the end of September. No immediate price was given.