In a move that could ultimately impact the containers some of your whiskeys sit in on liquor retail shelves, Bacardi recently unveiled plans to put the world’s “most sustainable spirits bottle” on shelves by 2023 — making what the brand says is a “giant leap forward in the fight against climate change.”

Each year, Bacardi produces 80 million plastic bottles — totaling 3,000 tons of plastic. Most bottles take over 400 years to decompose, but this new bottle is said to biodegrade in just 18 months and not leave behind harmful microplastics. 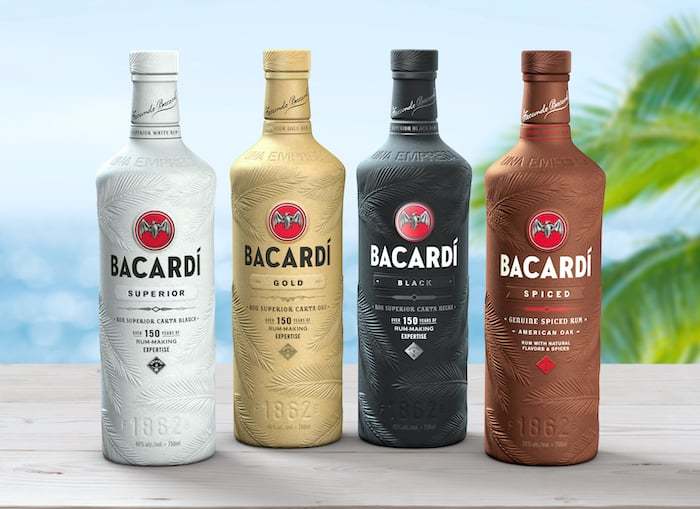 “Over our 158-year history, Bacardi has always believed in respecting the world’s natural resources and acting responsibly, from the sustainable sourcing of our sugarcane to the water and energy used to make our rum,” said Senior Vice President Ned Duggan in a prepared statement. “We’re now excited to be pioneering this new biopolymer technology for the benefit of all Bacardi brands and the entire spirits industry.”

Bacardi collaborated with Danimer Scientific, a developer and manufacturer of biodegradable products, and swapped the crude oil for plant-based seed oil. What’s known as Danimer’s Nodax PHA is said to have been verified “as a truly biodegradable alternative to petrochemical plastics by the University of Georgia (UGA) and the UGA New Materials Institute in a 2018 study.” The company currently uses the material for a wide range of applications, including thermoformed trays, drinking straws, flexible and multi-layer film packaging, coatings, disposable cutlery, and more.

The first to switch to the new bottle will be Bacardi rum, with Bombay Sapphire gin, Grey Goose vodka, Patron tequila, Martini vermouth and Dewar’s Scotch whisky close behind in replacing single use plastic.

The spirits giant made it a goal to be 100% plastic free by 2030, Jean-Marc Lambert, Senior Vice President, said. Another culprit in plastic bottle pollution is the plastic lining of bottle closures. Jean-Marc said though it may seem small, those pieces can add up to tons of plastic every day.

“Once we’ve fixed the problem, we’ll be open-sourcing the solution for the entire industry to use. This isn’t about competitive advantage it’s about doing the right thing for the planet,” Jean-Marc said.

Bacardi is also creating a new paper bottle with sustainable sources. It is said of this that, by integrating the Nodax PHA polymer, “this alternative solution will have equally strong environmental credentials while ensuring the quality and taste of the spirit inside a bottle made of paper is as exceptional as one made of glass.”