Ardbeg Twenty Something Is A Rare New 23 Year Old Scotch

One of the Scotland distilleries with something of a more cult like following is Ardbeg. There was a time though when such was not the case – in the 1980s and 1990s, production slowed to a trickle and the future of the distillery hung in the balance as only a small number of casks were laid down. Things obviously worked out though, and in the process some old whisky is still sitting around waiting to be bottled, such as a new 23-year-old expression just announced.

The Ardbeg Twenty Something, according to those behind it, was created from a blend of ex-bourbon and Oloroso casks selected by Dr Bill Lumsden, Director of Distilling, Whisky Creation & Whisky Stocks at Ardbeg. He has created a non-chill filtered whisky that’s been bottled at at 46.3% ABV. 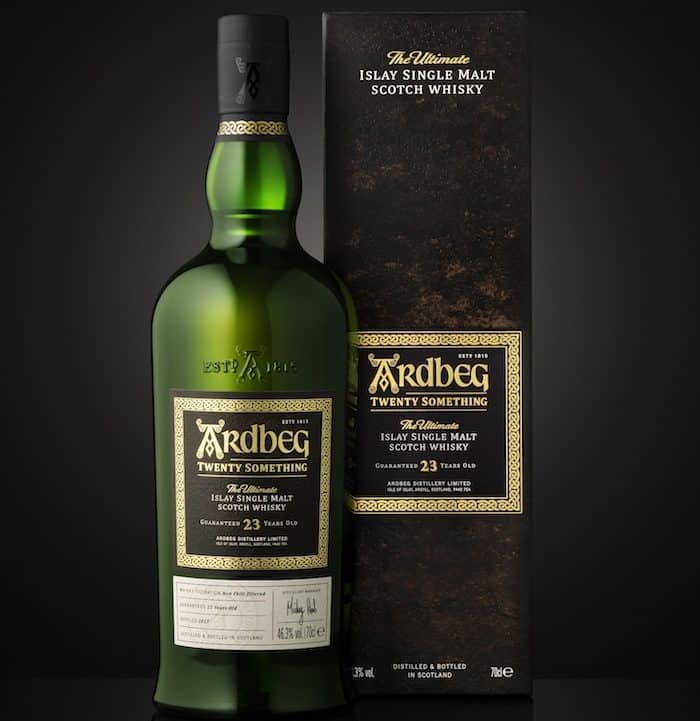 “This magnificent whisky was created within the retired iconic still which stands proud outside our Distillery today,” said Mickey Heads, Distillery Manager and Chairman of the Ardbeg Committee, in a prepared statement. “It’s a glimpse back into Ardbeg’s turbulent past and reaffirms just why the Distillery couldn’t be allowed to be disappear. Ardbeg Twenty Something is for all those who believe heart and soul in Ardbeg whisky, which is why it’s fitting that this most rare of drams – a 23-year-old – will be enjoyed by Committee members.”

Plans call for this Scotch to be available in early November for £430, or about $565 USD. You’ll find limited official tasting notes below.

On the nose, sweet wood smoke and vanilla cream mingle with sherry notes, burning pine cones and chocolate. Upon tasting, rich chocolate continues with vanilla pods, dried fruits and fennel. The long finish falls away with just a hint of spiciness.